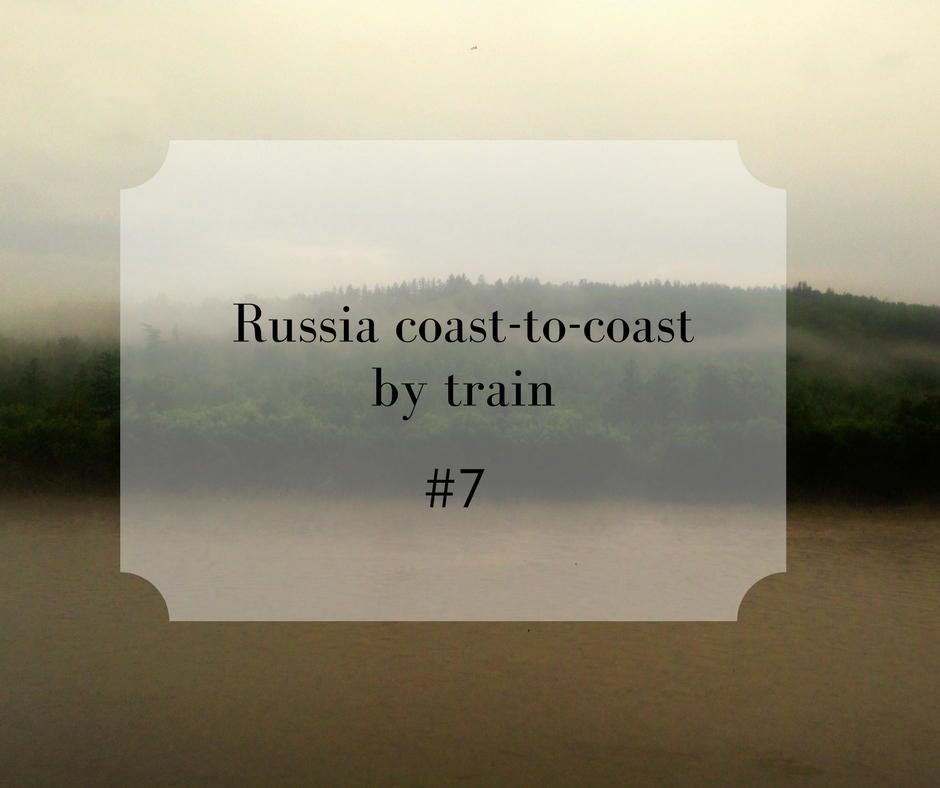 From the encrusted with rain and dust window of the train I see passing days of landscapes made of spiky birch green forests, yellow marshes on which the smoky mist of the morning hovers and, occasionally, some solitary chimney that stands out like a tall silent minaret among the marshy grasslands. Is this Siberia? Silence and immensity that the train cuts resolutely hurtling towards its destination. Siberia in the collective Western imagination is perceived as the no man’s land: for Europeans Russia ends up at the Ural mountains, beyond there is nothing, only remote lands populated by bears, hidden in the woods covered with snow and dotted with gulag. Hegel, for example, eliminated Siberia from his historical-philosophical system by writing: “For us it is out of the field of survey. Throughout the country configuration it is not likely to be of historic civilization theatre”. Despite the blanks and the charm of the wild nature, in these inhospitable landscapes there is much more history than we think.

It is true that the colonization of this huge part of Russia was strongly encouraged by almost all Russian governments, by the Tsar on. It is also true that in Soviet times the Party forcibly relocated millions of citizens to populate the Siberian cities, some of which are pulled up using volunteers and political prisoners sentenced to hard labour in the gulag. Siberia, however, for Russian people has been and it still is something more of kilometres of inhospitable lands. The Siberian conquest is itself an interesting page of history, carried out by Cossacks pioneers, gold prospectors, rebels, adventurers and outlaws on the run, an epic reminiscent of the American West adventures. 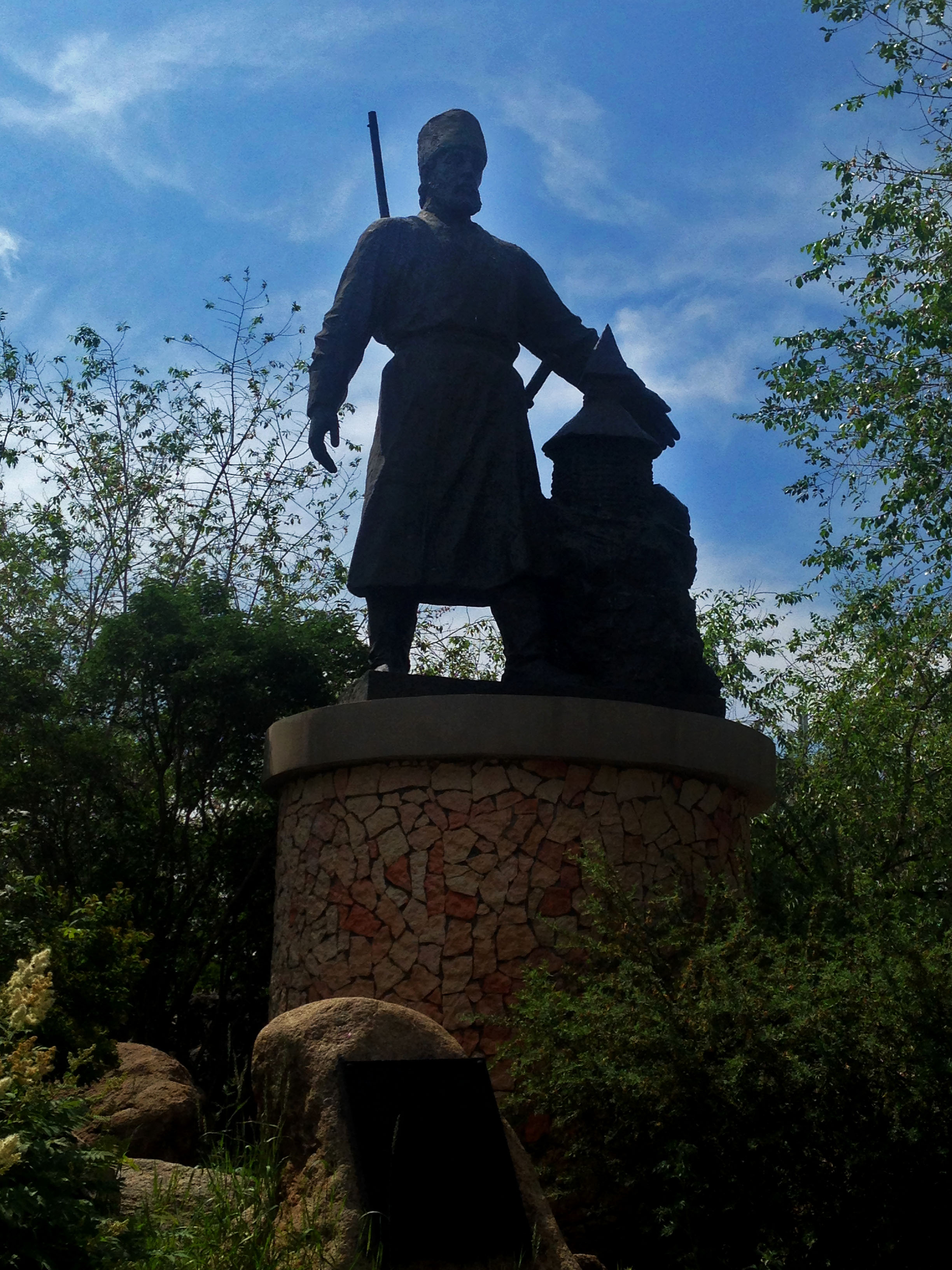 The Russian advance in Asia starts thanks to the Cossacks who, with tenacity and brutality, led the way to the conquest of Siberia. They populated Asian Russia and founded the first settlements. With their contribution, the Slavs were gradually able to take the place of the Mongols, reversing the balance that for centuries had confirmed the presence of Central Asian peoples in Siberia. Before the Russians, as a matter of fact, the hordes of Genghis Khan stepped this soil, Tamerlane, the Tatars, but their dominion over these lands ended with the advance of the Cossacks led by Yermak Timofeevich, a Sixteenth century bandit who, fleeing the law, penetrated in the Siberian taiga and carried on the Russian expansion eastwards. After the Cossacks, Western merchants arrived, attracted by the potential of the area. Gradually the market diversified and Eastern Siberia cities became the focal points of tea from China, furs and timber trade. Then farmers and foresters came, and finally, in the Nineteenth century, when the Tsars removed the restrictions on domestic travel with the intent to encourage the colonization of Siberia, gold prospectors also came here, called by the minerals wealth. The Tsarist empire wanted to consolidate its presence in this vast and unpopulated territory and push people to move to the east of the Urals; this was the best way to gain control of this land, ever so rich in resources. Between 1860 and 1890 around 500,000 people moved to Siberia and between 1891 and 1912 five million moved there. Siberia and the Far East (as it is called the last piece of Siberian land) became the “Russian Klondike”. 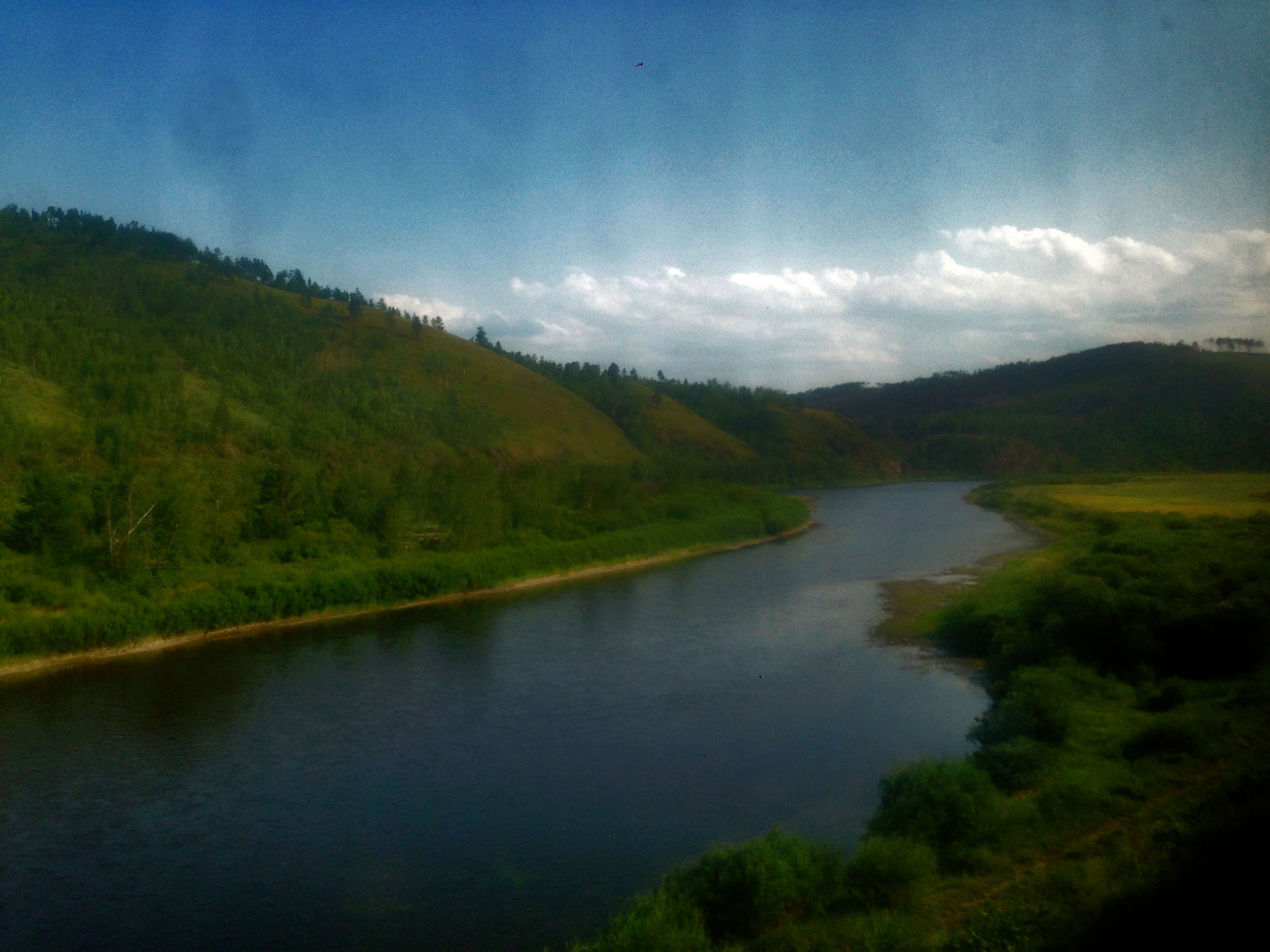 The Trans-Siberian Railway was one of the steps towards the Russian colonization of Siberia. The train allowed faster connections from one part to the other of this boundless country: people, prisoners, goods, raw materials and soldiers have travelled along this track.

Siberia and the rail road also helped Stalin divide the ethnic minorities of the Soviet Union and create a complex reshuffling of peoples. This was how, in years of internal deportations, the USSR uprooted people from their own land, culture and language shaping a frightened and disarmed man, implanted in a territory alien to him, to make him an obedient homo sovieticus at the service of the government. The purpose of this colonization and deportation policy was useful to the Soviet Union to disseminate Siberia with cities and new industrial centres with a view to strengthening the Russian presence in this part of Asia. This is what happened in Yakutsk (remote town known as “pole of coldness”), Khabarovsk and Komsomolsk na Amure. The latter, in particular, is named after the Komsomol, the Communist Union of Soviet youth, vivid example of how, in full Stalinist era spontaneous referrals worked well; young people were driven, encouraged and boosted by propaganda slogans to move to Siberia in order to become active in building up the Soviet Dream. 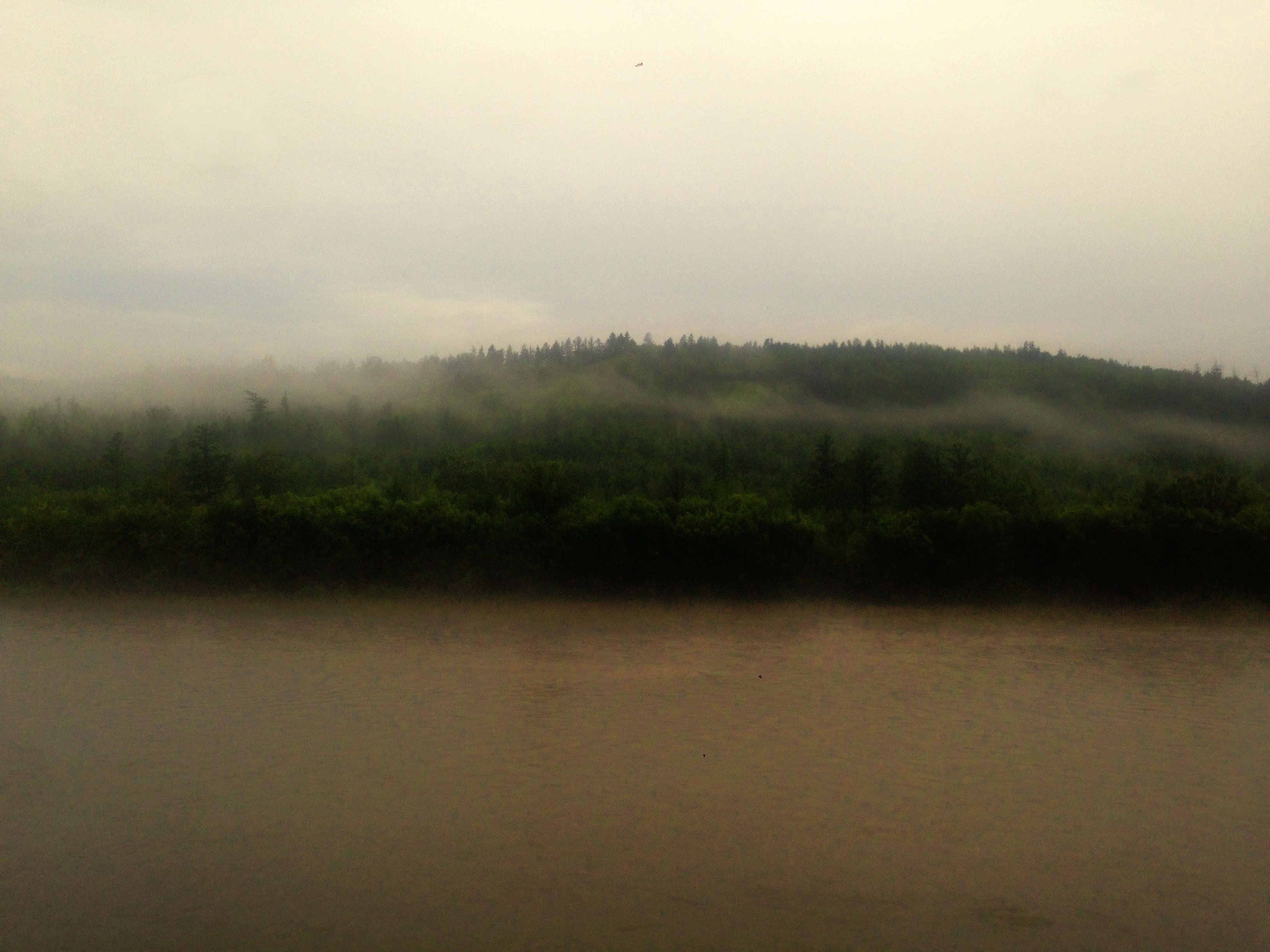 One of the cities on the rail road where you can breathe and feel the atmosphere of a place at the edge of the world is Ulan Ude, the capital of Buryatia, a Russian region with a Mongolian ethnic group majority. I arrive in town, a few kilometres from the Mongolian border, early in the morning, when the still empty streets give it an even more desolate air. One large square where the sculpture of a massive and huge Lenin’s head stands and a long paved street lined with historical houses. Beyond this point, there is the suburb, yet another ungainly heap of decaying late Soviet style apartment buildings, surrounded by rolling yellow hills, reminiscent of the neighbouring Mongolia.

Founded by Cossack exiles in 1666, this city prospered thanks to the fur and tea trades and the economic contribution of local merchants who financed the infrastructure such as bridges, lanterns for public lighting, roads and the water system. The real breakthrough came in 1899 when the first train arrived to Ulan Ude. The route of the rail road was the subject of careful studies by engineers: it was not sure at all whether the Trans-Siberian was to stop in Ulan Ude; the city was only one of many possibilities. After various evaluations and second thoughts, it was finally decided that the track had to pass through Ulan Ude rather than Kyakhta, another wealthy caravan city a few kilometres further south. Kyakhta, cut off from the rail trail ended up forgotten and languishing, while the Trans-Siberian set the victory of Ulan Ude and Irkutsk, which have become the two East Siberian major cities. 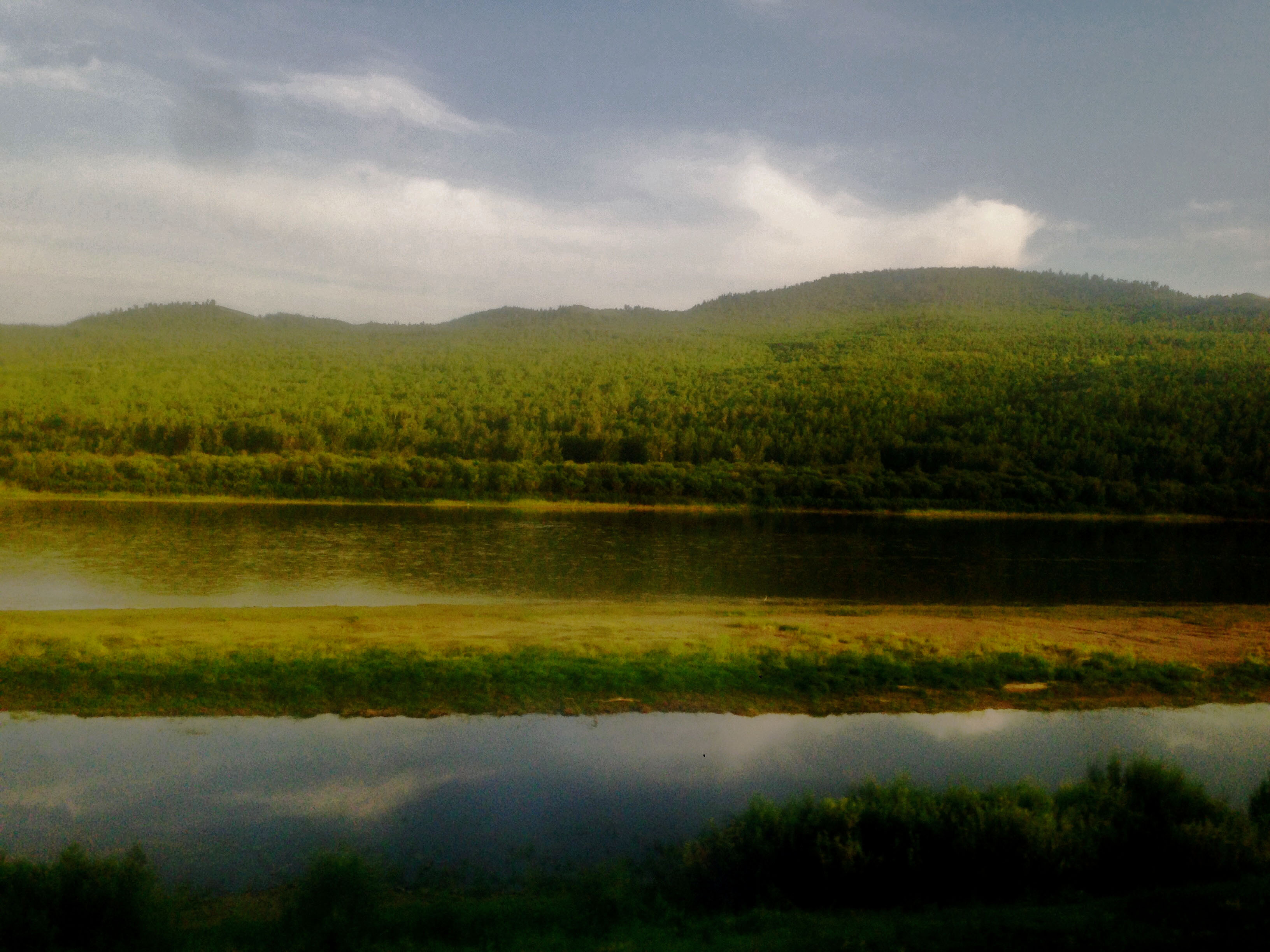 After a few days, I decided to leave again. I want to go east and reach Chita, known as the Decembrists’ city, (officers of the Tsarist Empire who rebelled against Nicholas I), just one overnight train journey away.

I drag my suitcase along the bumpy paved platforms of Ulan Ude station. I feel disoriented. The station clock shows the Moscow time, as well as the departure time reported on my train ticket: all Russian trains refer to the Moscow time zone. This and the signs written in Cyrillic still give me a bit of confusion. I can’t figure out from which platform my train will be leaving, so I ask a provodnitsa, those people acting somewhere between the controller, the hostess and the cleaning lady, who work on the trains. The woman, a stocky lady with lips painted in a bright red tone, is very helpful, but she explains the whole procedure in Russian. She realises that I’m even more confused, so she eventually takes me to the track and, as I was a tough, little girl on the uptake, in a slowly scanned Russian, she tells me to wait there. She looks at me for a few seconds, then not convinced I’ve figured out how to survive the Russian railway system, she entrusted me to a big black bearded man, wearing a vest and shorts to make sure I took the right train. After a couple of hours, my train arrives and the big man executing the provodnitsa’s orders takes me to the door and leads me to my wagon provodnitsa. The woman looks at my photo in the passport, with her ice-blue eyes, then she looks at me, then at the picture again; She does not look convinced that the girl in front of her is the same one as the person who’s staring at her from within the document. She reads my name. “Italianka?” (“Italian?”) she asks me seriously. “Da” I reply. Finally she puts my train ticket in my passport and gives it back to me saying hastily something in Russian, which, I suppose, is the number of my seat, and goes on to the next passenger. 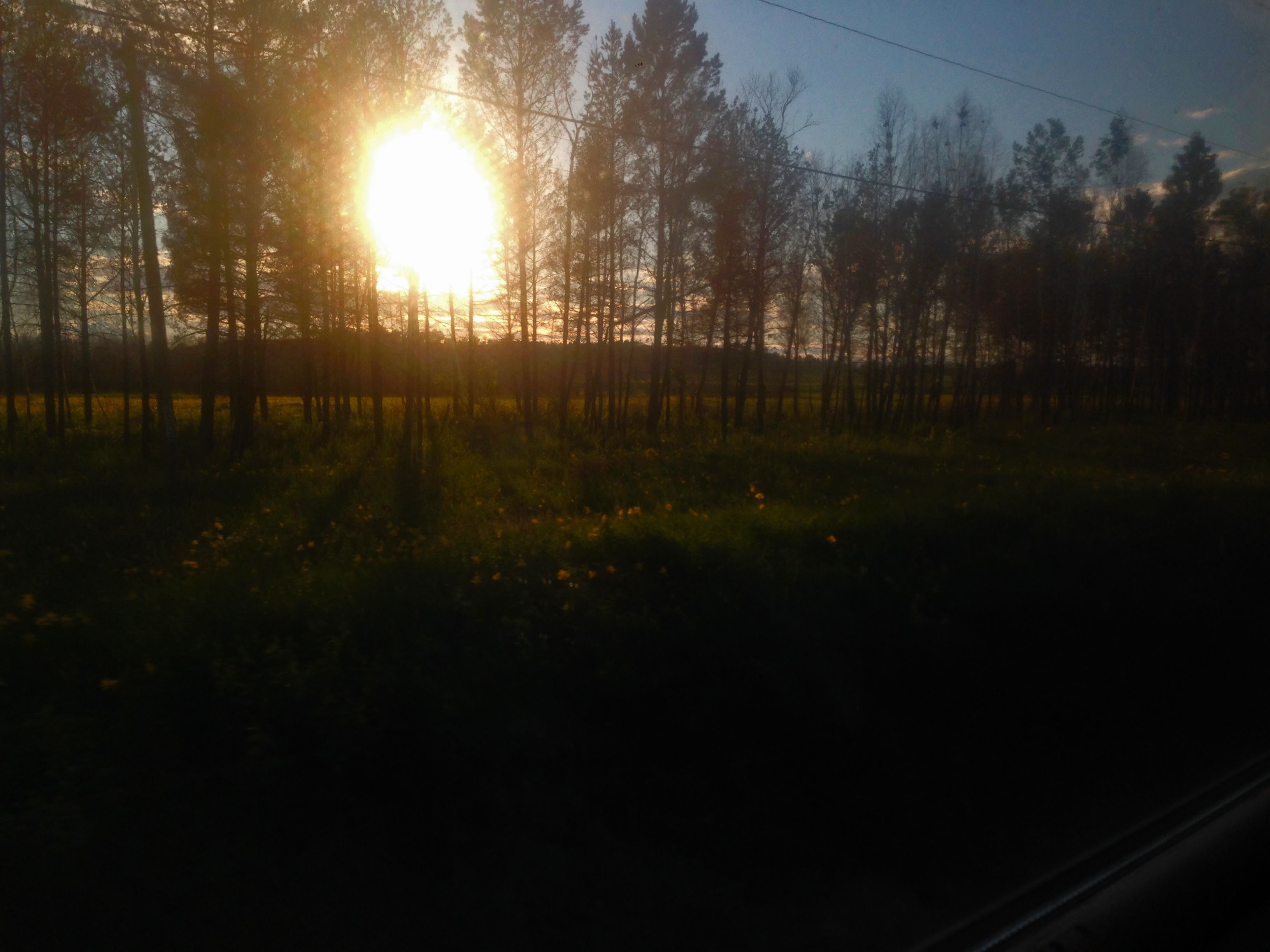