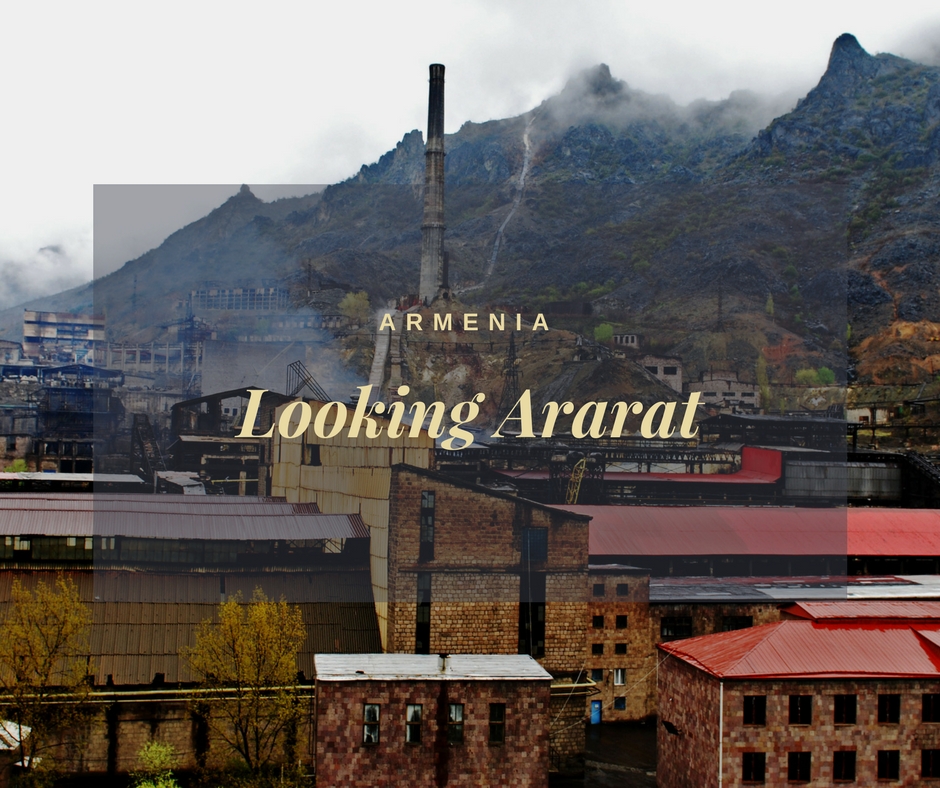 Along the way back from the mountain resort of Dilijan, a sort of little Switzerland, that is to say the area visited by many French and Russian tourists, the rain slowly turns into snow covering little by little the mountain landscape with a snow-white coat. As we pass through the tunnel between Sevan and Dilijan, Krikor explains that both the tunnel and the road were achieved thanks to funds from Kirk Kerkorian, the Armenian-American magnate, owner of the Metro Goldwyn Mayer and fore-father of quite a few of Las Vegas mega resorts. During my stay in Armenia, I often hear people speaking about wealthy and loaded Armenian emigrants, who after making their fortune elsewhere, mostly in the United 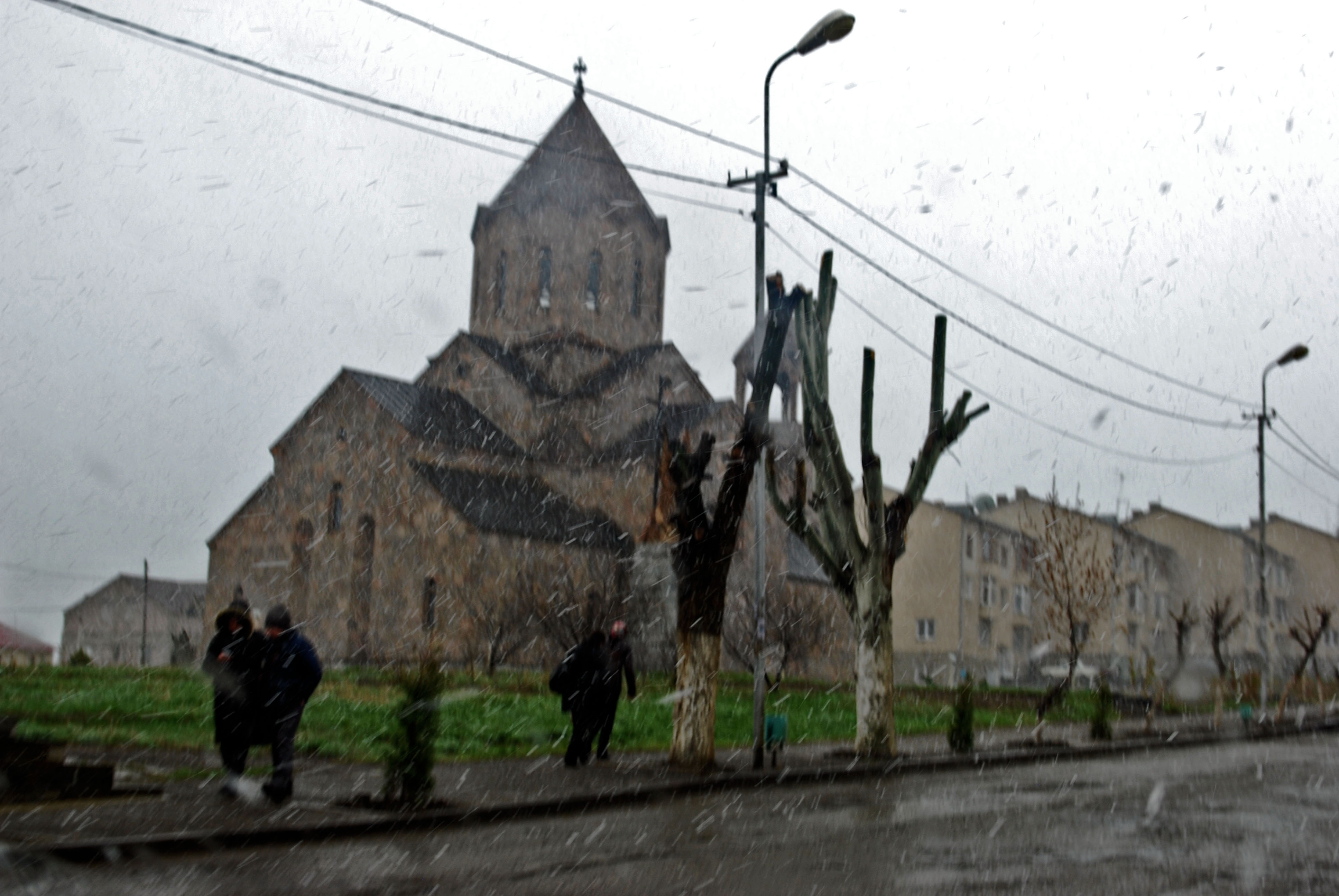 States, Canada and Russia, made and sill make generous donations for the construction of infrastructures in their native nation.

Armenia is not a prosperous country. 40% of the population lives in poverty and rising unemployment pushes people to emigrate, so that the country witnesses an alarming trend of depopulation year after year. Chemical factories, which in Soviet times were the leading sector of the economy have fallen apart and they now lie stranded on the roadside. There are not any natural resources: gas comes from Russia via Georgia and Azerbaijan only is lucky to host and enjoy the boon from its oilfields. Furthermore, diplomatic problems with neighbouring countries make the precarious economic situation of the country even worse. Located in a strategic crossroads between Asia and Europe, Armenia could be one of the most influential countries in the area, if some of its borders hadn’t been closed. They are shut in the east with Azerbaijan, because of the war regarding the disputed region of Nagorno Karabakh, and in the west with Turkey due to the denying from Turkey of the Armenian genocide. The only overland access ways remain through Georgia in the north and Iran in the south. The country doesn’t border to the two great seas of the region. The Black Sea borders Georgia and the Caspian Sea borders Azerbaijan. In this context, the only hope for Armenia appears to be its emigrants. So many Armenians live and work abroad and they regularly send money home in order to help families and relatives. Other donations come from Armenian millionaires and philanthropists who reside elsewhere, but who keep investing in their motherland. Where the state stops, they do achieve. 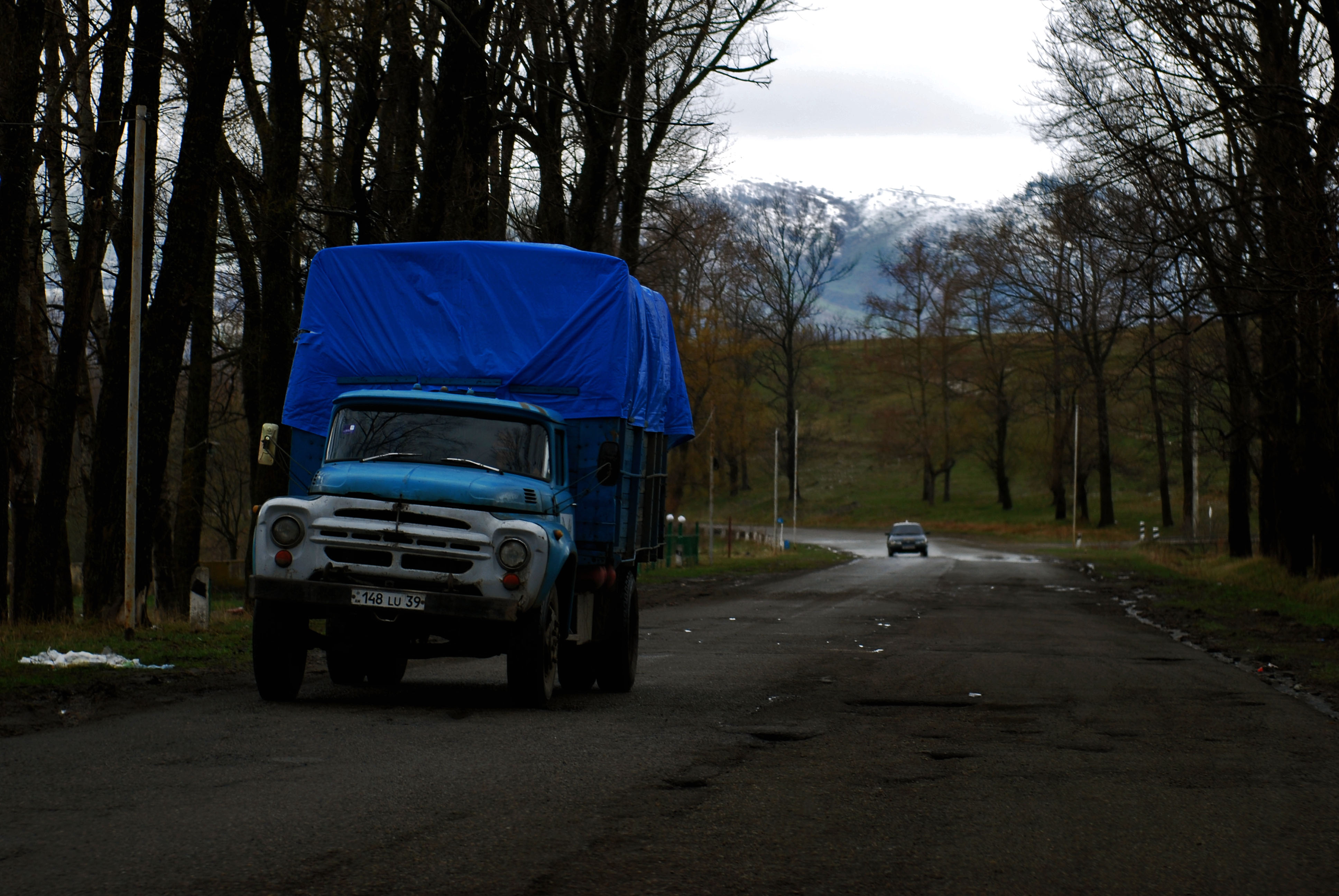 Kirk Kerkorian was one of these men. Through the Lincy Foundation, which he established in 1989 so to help those who had lost their homes in the 1988 earthquake in Spitak, he donated Armenia 240 million dollars to build paved roads, hospitals, schools, and to dig tunnels under the mountains. Another generous tycoon is banker Ruben Vardanian, President of the Russian investment bank Troika Dialog until 2011. His foundation, IDeA Foundation, aims at supporting Armenia in the transition from a subsistence economy to a prosperous one. Among its projects we can find the United World Dilijan College, opened on 11 October 2014, and the “Revival of Tatev”, a program that promotes a monastery of the same name in the south of the country. It led, in 2010, to the construction of the longest cable car in the world called “Wings of Tatev”. Thanks to this cable car, which allows anyone and everyone to reach the Tatev Monastery, tourism in the Syunik province has greatly increased. Armenian-Canadian Dikran Hadjetian offered money to rebuild Noravank, the beautiful monastery damaged by the 1840 earthquake. In addition to public utility infrastructures, there are those who invest in factories and tourism, such as designer James Tufekian, owner of four beautiful high category hotels, and the Megerian family from New York who have raised the production centre of Yerevan carpets.

“An office worker earns the equivalent of 150 Euros a month. Retirement benefits are low and unemployment is getting higher and higher. I have two children. My parents live with 80 Euros a month… and everyone looks at me” my guide tells me. Krikor used to be an opera singer and he has not emigrated. He now earns a living thanks to tourism and his interpersonal skills. Even this sector has been decreasing over the last few years. “I can still work with some groups of Italians, but they are fewer and fewer. I think I will start working with Russian tourists, too”. On our trip, we drive past and cross some small villages near Lake Sevan, where the cheapest way to heat houses is by burning animal dung. It is first dried up and then burnt. In these lands, winter temperatures can reach up to 20 degrees below zero: heating is a crucial problem. Gas that warms Armenian houses and makes people run cars – 32% of vehicles in Armenia are powered by natural gas – come from Russia. Russia is a close friend with whom the current pro-Russian government of Serzh Sargsyan agrees to maintain good relations. In Caucasus, Russia can be a precious ally and Armenia, politically isolated from its two neighbouring countries, knows it so well. Georgia, on the other hand, has some open wounds with Russia which, after having supported the rebelling Abkhazia and South Ossetia, had recognized the two separatist regions on 26 August 2008. Georgia, as for her, accuses the Russian Federation of occupying the Georgian region. The two countries are at loggerheads. These complicated diplomatic relationships cause different dynamics and interests. Abkhazia, for example, plans to reopen the Sukhumi railway, closed in 1992, connecting Russia to Yerevan via Tbilisi. As for Armenia, which currently does not have a good railway network, it could be a suitable solution to the many existing logistics problems. However, Georgia does not want to hear anything about it.