Today is the Earth Day, but icebergs and mountain ice keep melting with an alarming rate and environmental priorities are still subject to the policies of capitalist economy.

The low turnout won this time, too. Last Sunday, Italians were called to the polls so to choose whether to repeal the rule, in the law Stability dated 1 January 2016, which extends the duration of the offshore concessions until the depletion of the reservoir. If the “yes” vote had won, the drills would have kept working for a few more years (some of them up to 2034) and would have then been dismantled. The very low turnout won and the offshore platforms will keep extracting oil and gas for the duration of the reservoir life.

What matters, though, is not the 17 April referendum outcome, although the term of the concession is not really one that is so irrelevant an issue as some many may think. The very issue here is the question we asked ourselves.

Questions are often more important than answers and an intelligent question indicates that you have really figured out the problem itself. The promoters of the “no” vote have shifted the focus on the economic benefits, showing a short-sighted approach to the environmental impact. Those who supported the “yes” vote have rightly raised the issue beyond the question of the referendum, thus giving their votes a more symbolic value than a mere technical one; he who wants to limit the term of the concession, shoulders a global rethinking and a more mature use of energy. There is, then, a third category; the category of those who persisted in a political manipulation of the vote. Having said that, any referendum, for its nature, just asks for the repeal of some points related to specific and peculiar laws, and does not suggest any articulated policy; the two different approaches to the “drills question” show that the rift between environmental and economic policies is still strong and ongoing.

The problem is that we are still wondering how to exploit fossil fuels and not how to replace them.

Today, 22 April, is the Earth Day. The date was officially adopted in 1969, just after the environmental disaster off the Californian coast of Santa Barbara rekindled debates about its impact and its effect on our economic system on Earth. In that year, a Union Oil pit leaked so much oil and caused a disastrous spread in the ocean. On 22 April 1970, millions of protesters invaded the streets demanding a greater attention to our planet’s health.

Forty years later, where do we stand? We are still looking for fossil fuel to burn. We are still supporters, as a matter of fact, of unbridled capitalism, exclusively focused on economic growth. Instead of starting, in a tangible way, a more careful policy aimed at environmental sustainability, we are still asking silly questions.

Despite the fact that climate scientists are continuously warning us, the world’s trend is clear: go on the path to intensive exploitation of hydrocarbons. If on 17 April, in Doha, the biggest crude oil producers came together to grope to lower production, it was only to boost the international oil prices, certainly not in favour of ecology.

The US government has recently released three new offshore oil concessions in Alaska, although in 2014 they had been revoked to them because of the potential hazards in a delicate ecosystem such as the glacial Arctic Sea one.

The necessary turnabout is not so surprising then; the oil fields go into depletion and oil multinationals are elbowing their ways towards the Arctic in order to find new lands for the extraction of fossil fuels. It is estimated that the Arctic hides around 22% of untapped oil throughout the world; this is the reason why these icy lands, without any apparent interest at first glance, are subject to international disputes among the earth’s major oil and gas exploiters. So much so that, in 2007, Russia, in order to claim the North Pole control, planted her flag in the seabed. Each state can exclusively exploit the resources of the sea only up to 200 nautical miles from its coasts; by expanding their very borders further north, this gives them more opportunities to grab the resources of the uncontaminated Arctic lands. It is no coincidence then that in recent years the general elections in Greenland are focusing on the possibility to exploit the island’s underground resources. On the other hand 2013 elections witnessed the “clash” between the outgoing premier Turnpike Kleist, in favour of mining activities, and the opposition leader Aleqa Hammond, against a wild and uncontrolled exploitation.

More than ever, it is essential to change environmental policies. We know, thanks to the IPCC reports (International Panel on Climate Change) that global warming is to be blamed on human activities over the last three centuries. On top of this, according to a 2015 study led by James Hansen, a former NASA technician and currently a climate scientist, in collaboration with 16 other scholars, the situation is much more serious than we actually think. The research results, recently released on Atmospheric Chemistry and Physics, argue that limiting the increase in atmospheric temperature to two degrees above pre-industrial levels, an objective which was set in the 2009 Copenhagen Accord and later reiterated at the UN Climate Conference held in Paris last December, are totally insufficient and unsuitable. Ice melting, due to the greenhouse gas emissions, is increasing at an alarming rate and, according to Rob De Conto, of the University of Massachusetts, if the temperature increase remains within the two degrees, sea levels will rise by at least a meter over the next 80 years. “The message that the climate science delivers to policy makers, instead of defining a safe ‘guardrail’, is that fossil fuel CO2 emissions must be reduced as rapidly as practical” Hansen writes in his report, concluding with the advice of an immediate switch to renewable energy.

In Europe only, over the last century, the temperature has increased by an average of 1.4°C. The 2013 summer was the hottest in recent history and it caused an increase in mortality of the elderly due to respiratory diseases, stroke and heart attacks caused by the unexpected, excessive heat. 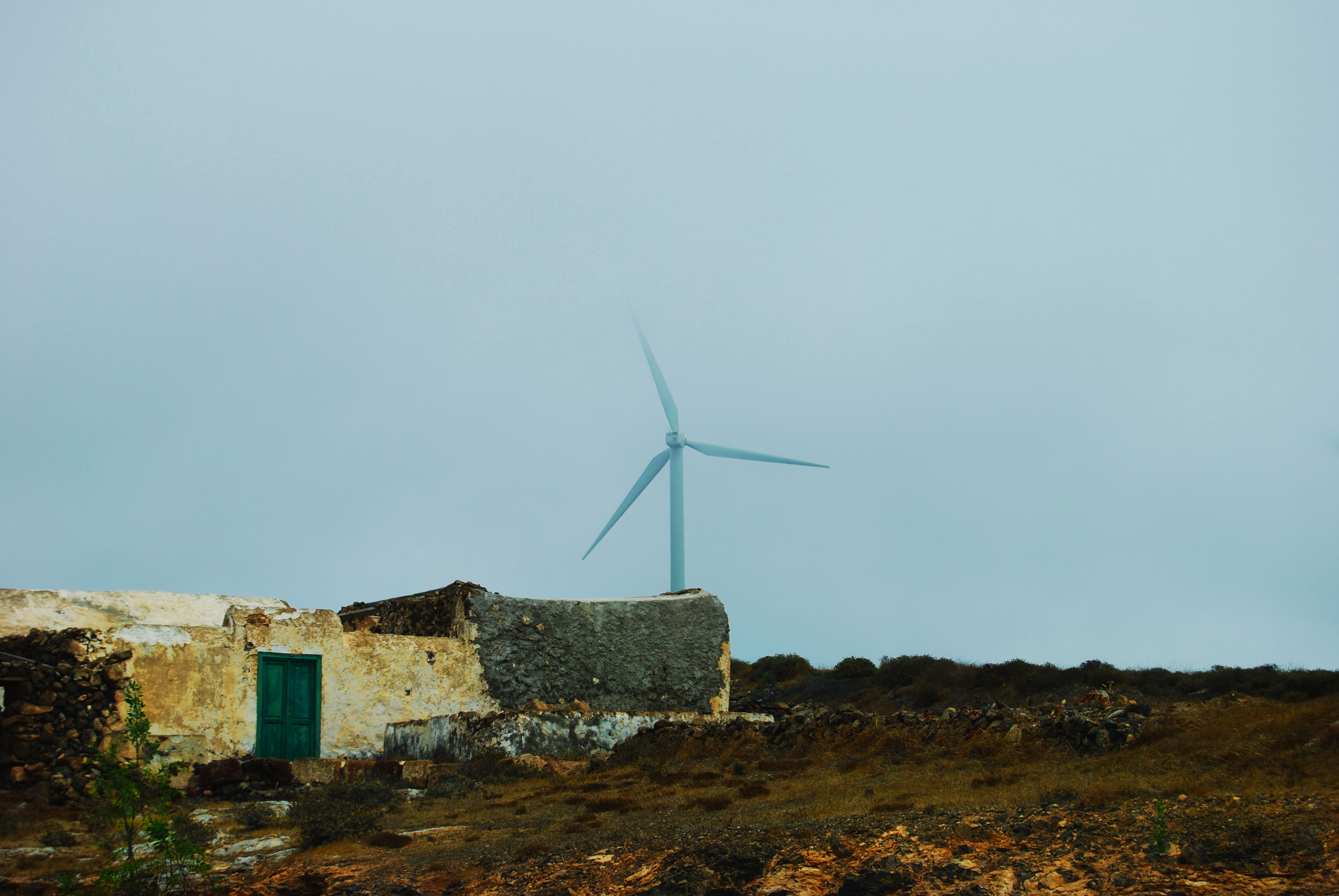 this objective is easier today than in the past years.  Since 2009, the cost of producing energy from solar panels has drastically dropped by 61%, while the one derived from wind turbines has decreased by 14%. Furthermore, in Italy, renewable sources represent 40% of electricity consumption. However, is transition to a “clean energy” sufficient? If we want to keep the current economic system as it is, focused on “infinite growth”, the answer is: “no”. The real revolution would not consist in the use of renewable energies, rather, in the removal of an economy, which at the moment reigns supreme, indifferent to anything which is not profit.

Vandana Shiva, an Indian scientist and activist, explains it well in his book “Soil, Not Oil. Environmental justice in a time of climate crisis” published in 2008. Vandana is at pains, among other things, to clarify that “clean energy” policy can not be calculated only on the grounds of CO2 emissions, but must take all environmental and food safety risks into account, from the very start to the end of the process. Moreover, being a physics scientist, she also puts on the scale the differential between the used energy and the produced one, by explaining how, some alternative sources often use more energy than they produce, making them useless.

Vandana Shiva’s proposal, in the end, is “the transition from an economy based on fossil

fuels to a network of local economies based on renewable energy and resilient to climate change”. She calls this step “cultural transition” since it implies a rethinking of our lifestyles and the abandonment of both consumption economy and the technological model which looks at nature only as a machine and not as a living system. Under this perspective, we should also revise the climate change negotiations that so far have only been limited to a commercial model aimed to energy consumption, which really does not pay attention to or even care about environmental impacts.

“Soil, not oil, offers us the opportunity to convert the ecological disaster in an opportunity to reclaim our future”, says Vandana Shiva at the conclusion of her book’s introduction. This message may never be implemented, or it will simply take a long time to achieve this.