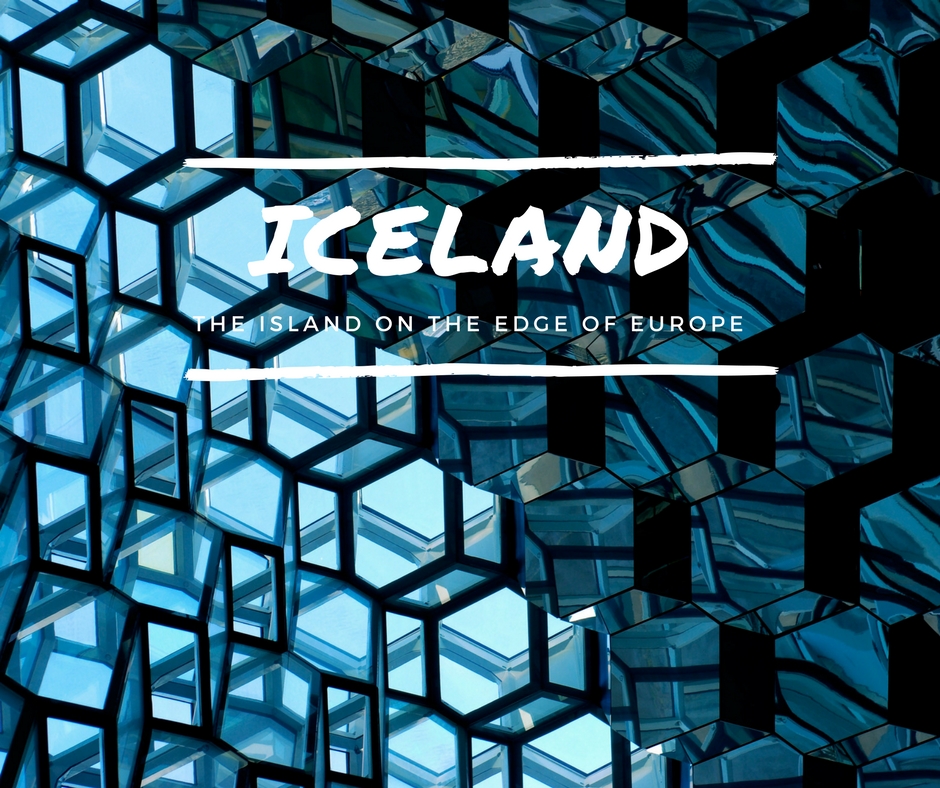 “Half of the Icelanders read books written by the other half!”, a local proverb says. Indeed, Iceland is the home for sagas and the place with the highest percentage, in term of population, of readers and writers. 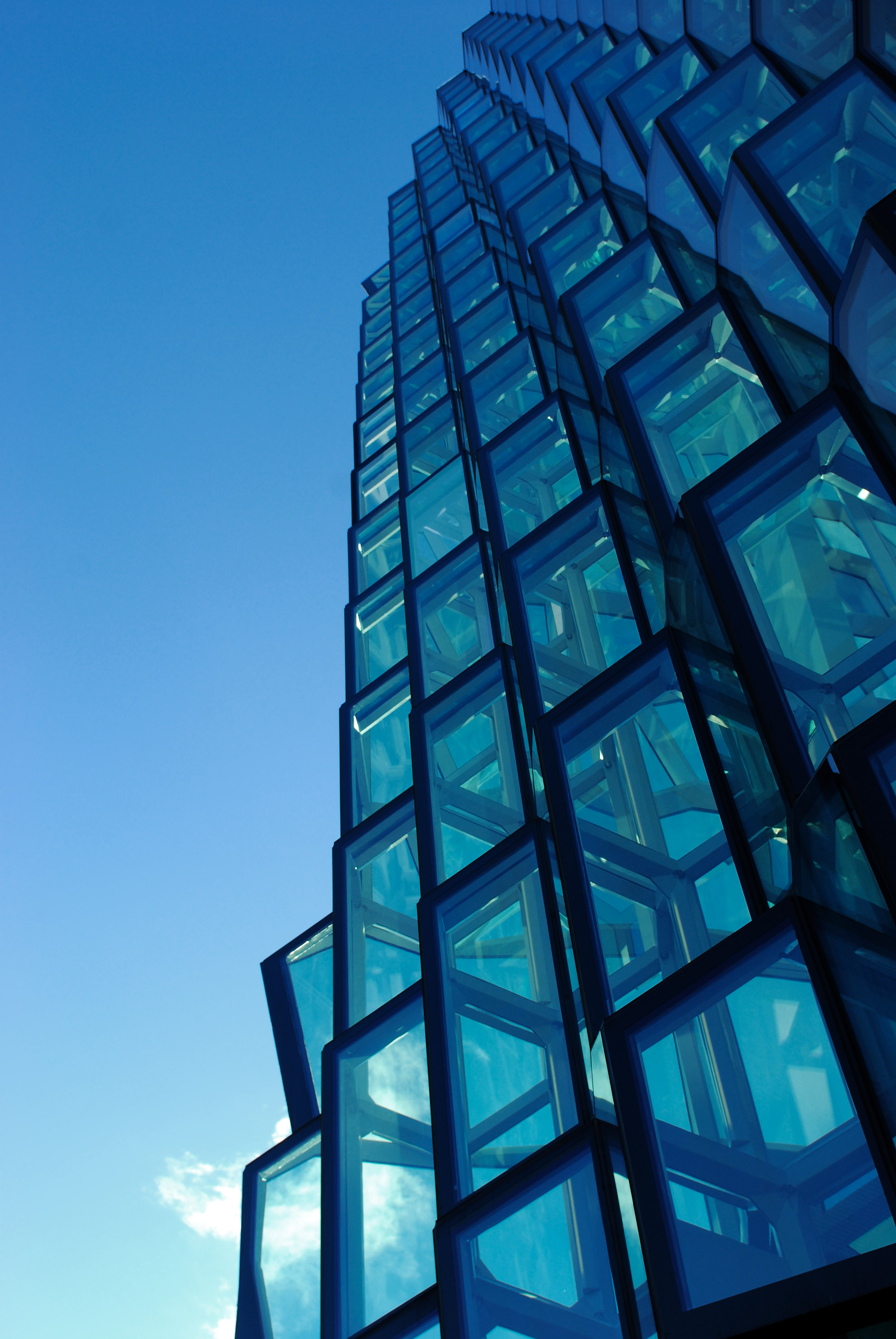 Culture appears to be a mere though necessary consolation for the Icelanders. In other words, a dear companion that takes the sense of loneliness away; it illuminates the long winter nights and warms hearts in the icy, windy days. This is revealed by the active participation of Icelanders to concerts and conferences, the attendance to libraries, to book stores and theatres as well. Between autumn 2008 and winter 2009, during the serious and damaging economic crisis, the main publishing company in the country, doubled its turnover instead of closing down or even seeing its revenue dramatically decrease. In short, in a period of deep financial instability, Icelanders read much more than they are used to. They may find refuge in literature.

An emblem of this love for culture is the Harpa Concert Hall, the Reykjavik auditorium. Every great city has one and Iceland has also decided not to be outdone. The Icelandic capital has thus succumbed to the temptation of embarking on this implicit architectural competition to see who will be able to build the most futuristic auditorium. The Harpa is located in the north part of the city from which it overlooks the sea with its ten thousand kaleidoscopic reflection windows. It is a crystalline building, with a geometric and precise angularity, a glass and steel giant, with a dynamic façade made of modular windows, that by caching the reflected sun, assumes different colours. I sit inside and watch the boats moored in the harbour below and lose myself contemplating the bay through this great glass wall which shreds the seascape in many angular glass drops. The Reykjavik auditorium, with its transparency and its game of lights, is a tribute to the Nordic light and the wilderness of Icelandic nature. This does explain why the concert halls are called as the four elements: Air, Fire, Water and Earth. Being in front of this auditorium on dark winter nights must be fascinating and admiring it while sparkling in its colourful brilliance is a must-live scene. I’ve come in the summer, the dark-less period of the year, and I am pleased with this less romantic daylight.

Thinking of Iceland’s recent economic history and its cultural dynamism, I believe that the Reykjavik auditorium is a kind of metaphor for this country. The building, designed in 2004 and opened only in May 2011, is first and foremost a place at the height of Iceland’s cultural vitality and, the fact that the island did not have an auditorium at all until then, was nothing but an absurd anomaly. It is indeed also a symbol of the overcoming of the 2008 financial bubble which swept over the island. In that year, the construction of the auditorium, which cost around US$150 million, suffered from a setback due to the Icelandic economy collapse. And it was thanks to the perseverance and overcoming financial impasse that the building was completed. Three years later, it eventually opened its doors to the public. It is worth spending a few words about this brave achievement, called “the Icelandic solution”.

Everything began a few years earlier, in 2003, when private bankers who had acquired all of the major Icelandic banks, started a dangerous financial game by creating and opening fictitious and bogus companies in tax heavens. They swelled their capitals in order to get more funds to be invested; some of the money also came from foreign investors (mainly British and Dutch) as they were attracted by on-line accounts, called Icesave, which promised ever so high gains. When this sick spiral exploded, in 2008, the whole Icelandic financial system was shattered down. Prime Minister, Geir Haarde, asked a loan of US$2,1 billion to the International Monetary Fund and imposed the Icelandic population to settle the debt. The population’s answer was negative: Icelanders rebelled and besieged the parliament firmly asserting that they would not pay anyone’s debts. Then, two years of explicit threats coming from both Great Britain and the Netherlands followed; during this period, Iceland population refused any kind of compromise with the international financial elite. Finally, after having had two premiers step down and after reiterating categorical refusal to pay the debt in a special referendum, the Icelandic economy slowly began to nose up. Iceland managed not to pay its debts and to put Prime Minister Haarde and everyone else involved in the financial scandal on trial for their ambiguous role. 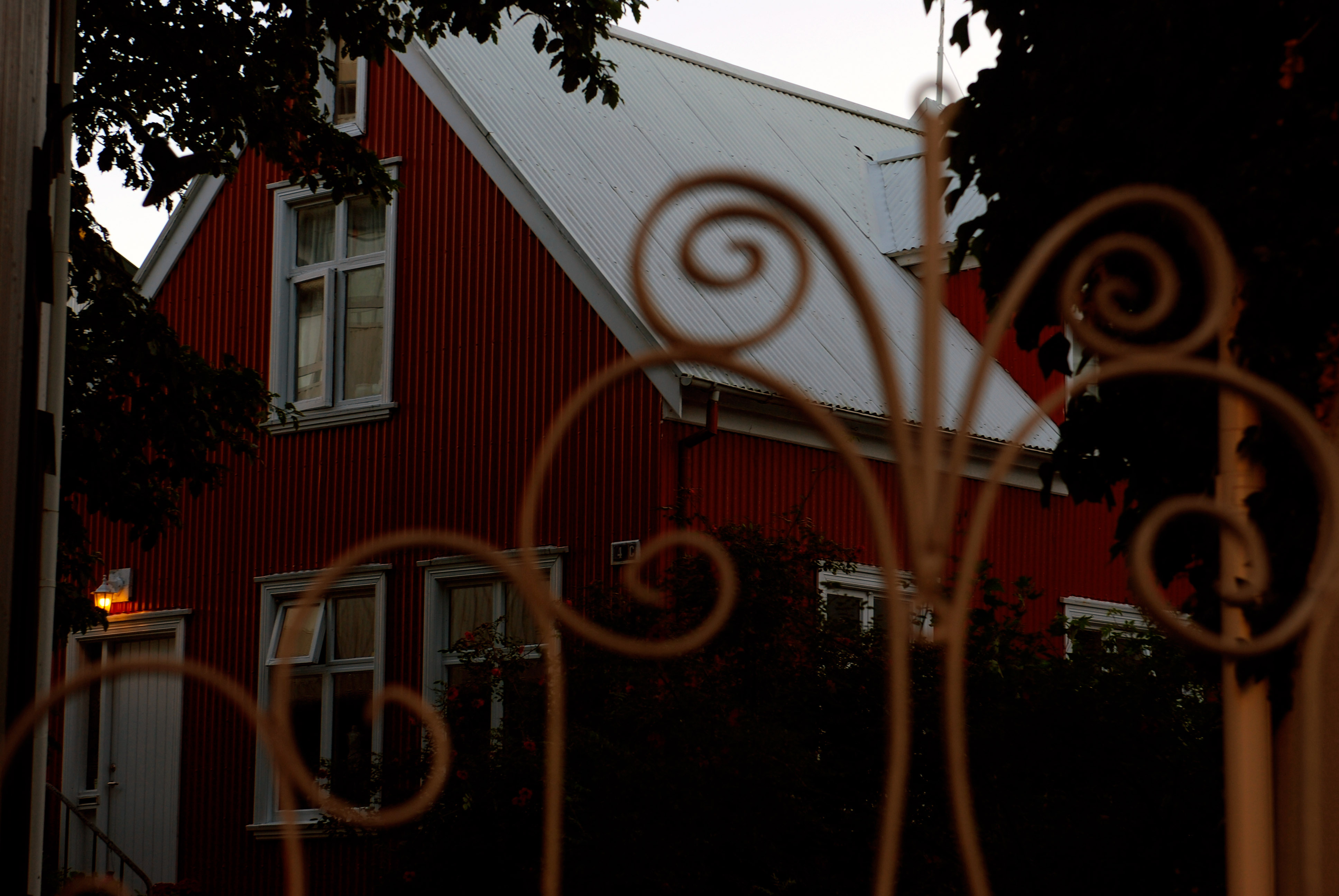 It was a strange revolution: we did not hear much about it from TV reports, nor did we succeed to experience the metallic sound of pots and pans beaten by angry mobs of Reykjavik residents, encircling Althingishus, the Icelandic parliament.

So much awareness of their very role in society and that sense of participation in political life are certainly the result of a long democratic tradition, dating back to A.D. 930, but also the effect of this people’s genuine love for culture in all its forms.

Except for the Harpa Concert Hall and the Hallgrimskirkja Cathedral, (with its basalt columns which stretch towards the sky making it look like an imposing grey organ), Reykjavik lacks the majesty of the other European capital cities. It is humbler, as if it had remained a sleepy village on the coast. Here, there is an atmosphere of an almost countryside simplicity and quietness; it has a pureness form that does not put your eyes to the test. The low houses resemble graceful prefabricated homes with colourful roofs: yellow, red, green and blue, this latter giving a sense of thoughtless and carefree joy. The sides of the buildings are covered with original murals that are not the outburst of an angry youth which feels inadequate to life, rather, they give the impression of having been commissioned. Drawings give a touch of dynamism to the city. Walking through the streets of this small informal-looking capital, along with murders of Erlendur Sveinsson Commissioner’s (one of the Icelandic writer Arnaldur Indridason’s character) crime novels, set right here, seem far-fetched. Reykjavik transpires an air of a village with an innocent and pure soul. 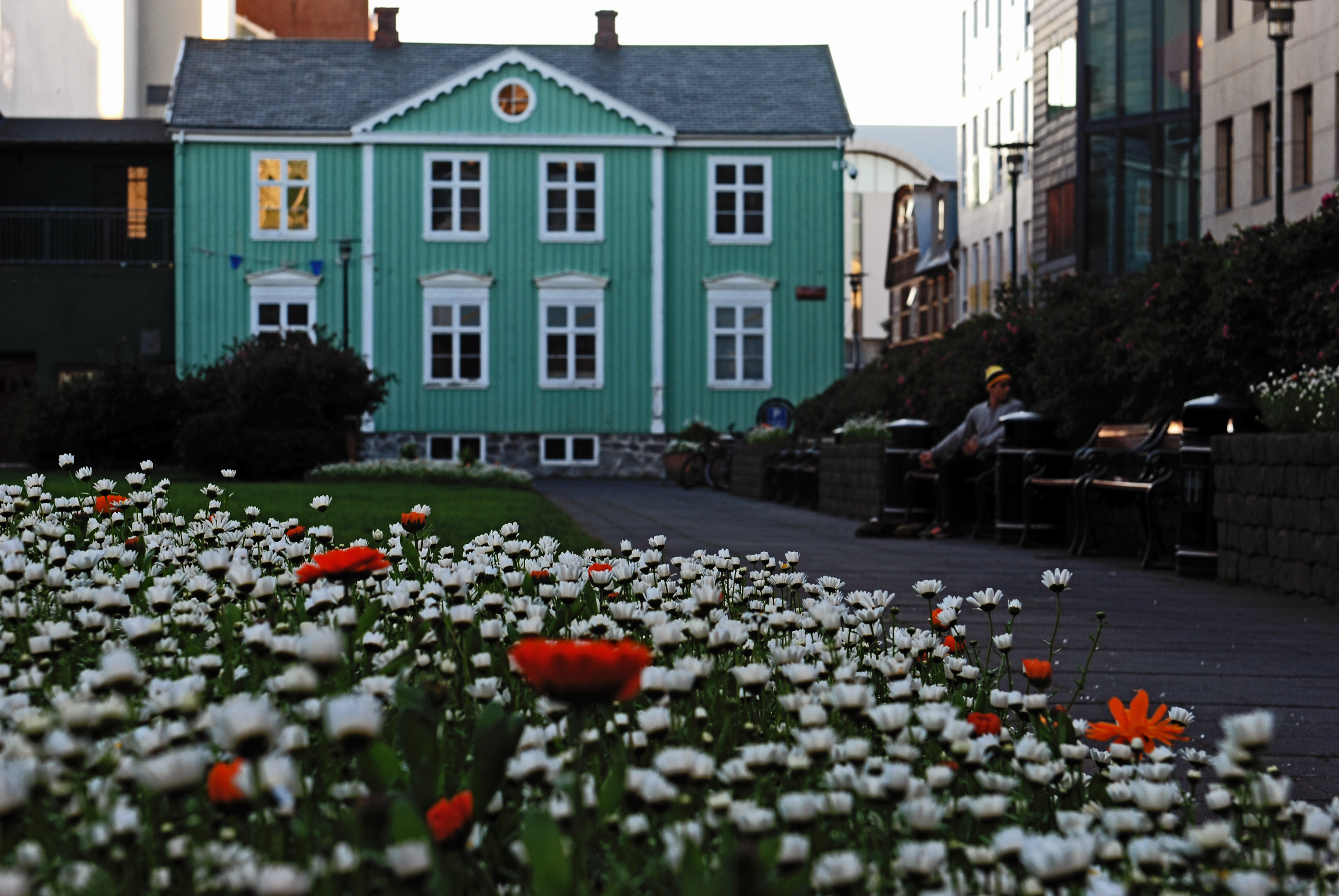 I just can’t imagine it as the theatre scene of crimes, bloody murders and slaughters. In his inquiries, investigator Sveinsson often has to look into and revisit cold cases regarding filed reports or missing people due to bad weather, rather than intentional crimes. But you can’t judge a book by its cover, and remaining in this panorama, just have to read “101 Reykjavik” by Halgrimur Helgason, an exuberant Reykjavik youth view, to sense that behind much tranquillity hides a dark and transgressive soul, forged by a grumpy isolation and climate.

I close my day in front of five samples of craft beers at Micro Bar, a small place in the very centre of the capital city which promotes Icelandic microbreweries (this is thus the reason why this specific and modern brewery is called “Micro Bar”). The company’s decision is brave and interesting; in here, you do not come just for a drink; if that’s what you want, there are so many other places in town. If you do come here, it is to taste rare beers, especially Icelander ones. In other words, if you come and ask for an ordinary, commercial beer, which you could easily purchase in any store in your town, you will probably not find it.

The history of beer in Iceland is particular. From 1915 to 1989, it was a drink forbidden by law. Consuming beer was considered a typically Danish custom and, since Iceland was under the rule of the Kingdom of Denmark, (they achieved their independence in 1944 only), beer was considered the usurpers’ drink. But all other types of liquors were legal. The government considered the low alcoholic graduation of beer a double-edged sword. Being a very light drink, underestimating its dangers is an easy thing to do. It is so easy to raise your elbow and end up totally drunk without even taking notice of it nor realising it. On these grounds, therefore, the consciousness of the latent perniciousness of spirits would have to push people to a more considered and moderated consumption. “Laws are made to be broken”, we would be tempted to say in Italy. Indeed, Icelanders did not discourage, and invented the “Bjorbollur”, an original cocktail produced by mixing the bjorliki, a pseudo beer made of vodka, along with other liquors. For years Icelanders were only able to buy smuggled beer from abroad, but things got easier with the arrival of Americans, who in the fifties opened a NATO base in Keflavik. Olgerdin Egill Skallagrímsson, the oldest Icelandic brewery, was re-opened for the US troops. The beer produced there has always been exclusively made and sold for the US Army stationed in the Reykjanes peninsula, but it was not so difficult for the locals to smuggle it. It was in 1989 only that the government made the purchase and consumption of beer legal and on 1 March, the date that corresponds to the day of legalization, it became the beer day for the Icelanders, that is to say the so-called “Bjordagur”. 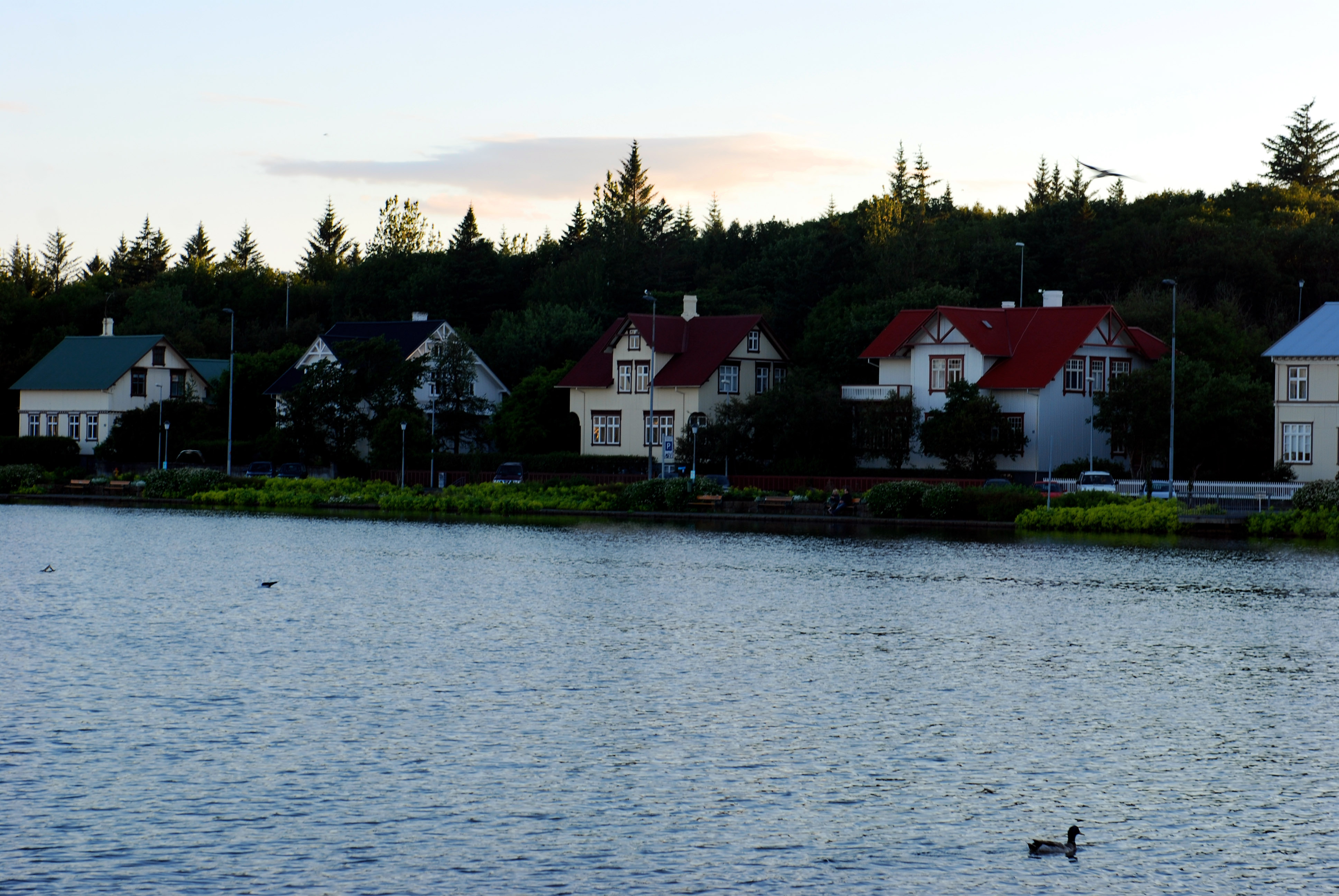