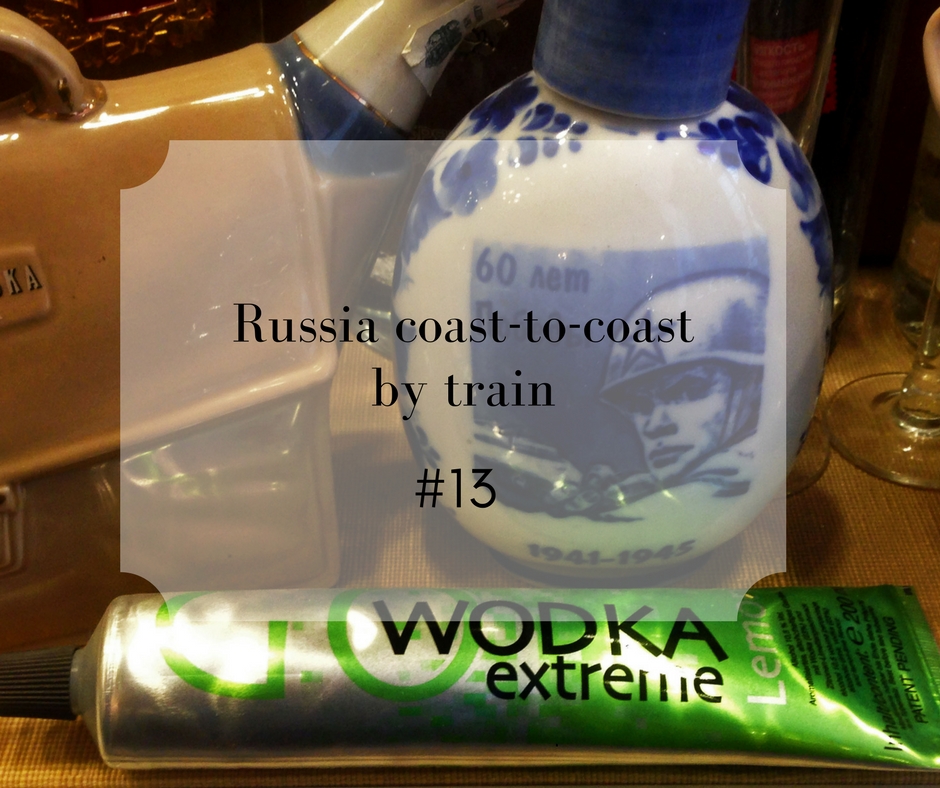 My train to Moscow leaves at 6 am. I head to the station through a silent Ekateriburg wrapped in a thin mist that dance between the massive grey buildings on the sides of the main road.

The provodnik of my wagon is a man in his fifties with ice blue eyes who likes to piss provodnitsa the night shift off, (a lanky poor and exhausted air lady), and tells jokes; I do not understand anything, but it seems to be a lot of fun.

My neighbours place, Yulia and Ivan, are a couple of cheerful Russian tourists returning from vacation on the Bajkal lake, who make me see the pictures of their journey and have fun teaching me bad words in Russian: every time I repeat them they laugh a lot. At one point, from a black plastic bag they take out a bottle: “Russian vodka” says Yulia winking. It’s 10:24 am, in the wagon it’s 29°C, but they are so excited to have found an italianka to share the vodka with, that I can’t pull myself back. Thus the toasts begin! Since I come from Rome we start toasting to my city honour. They are from Nizhny Novgorod, so we toast to Nizhny Novgorod. Where am I going? To Moscow? Toast to Moscow! They return from Irlutsk…a toast to Irkutsk! And so on, until we finish the bottle toasting to the entire Russian geography.

In Russia, vodka is drunk in nothing flat in graneny stachan, the tiny little glasses made of twelve facets. Here you mustn’t sip your vodka: you must send all the liquor down in one breath and then eat a pickled cucumber. Swallow another glass down and then eat a piece of omul (dry fish from Bajkal) or black bread with onion and anchovies, and so on until stocks last.

In the West we tend to think that the relationship between the Russians and vodka is nothing more than a cliché, a bit like the annoying rhyme “Italian: spaghetti and mandolin”. Katia, the girl who has been my guide in Irkutsk, said she is annoyed by the Russian-vodka combination: “It is not true that we drink a lot of vodka, it is just a rumour”. But thinking about it this pairing goes beyond prejudice. Just delve into history to understand how this distillate is actually deeply connected to Russian culture.

They say that alcohol is the reason why the Slav pagans converted to Christianity. Prince Vladimir of Kiev, father of Russia, when he decided to convert the country to monotheism was courted by post, religious and intellectuals who came to the palace to advertise their faith. The choice, it seems, was not easy: on one hand, Islam, which was in a geopolitical point of view the most effective, on the other one Christianity that was raging in Europe. Legend has it that it was the Muslim prohibition of alcohol use to tip the scales in favour of Christianity. “Drinking is the joy of the Russians, without it we cannot live!” were the words with which the monarch essay marked the victory of the Orthodox religion over Islam. In 988 the Rus’ of Kiev, adopted Christianity and became the ecclesiastical province of the Byzantine Patriarchate. Legend or not, this anecdote says a lot about the relationship that the Russians have with alcohol. 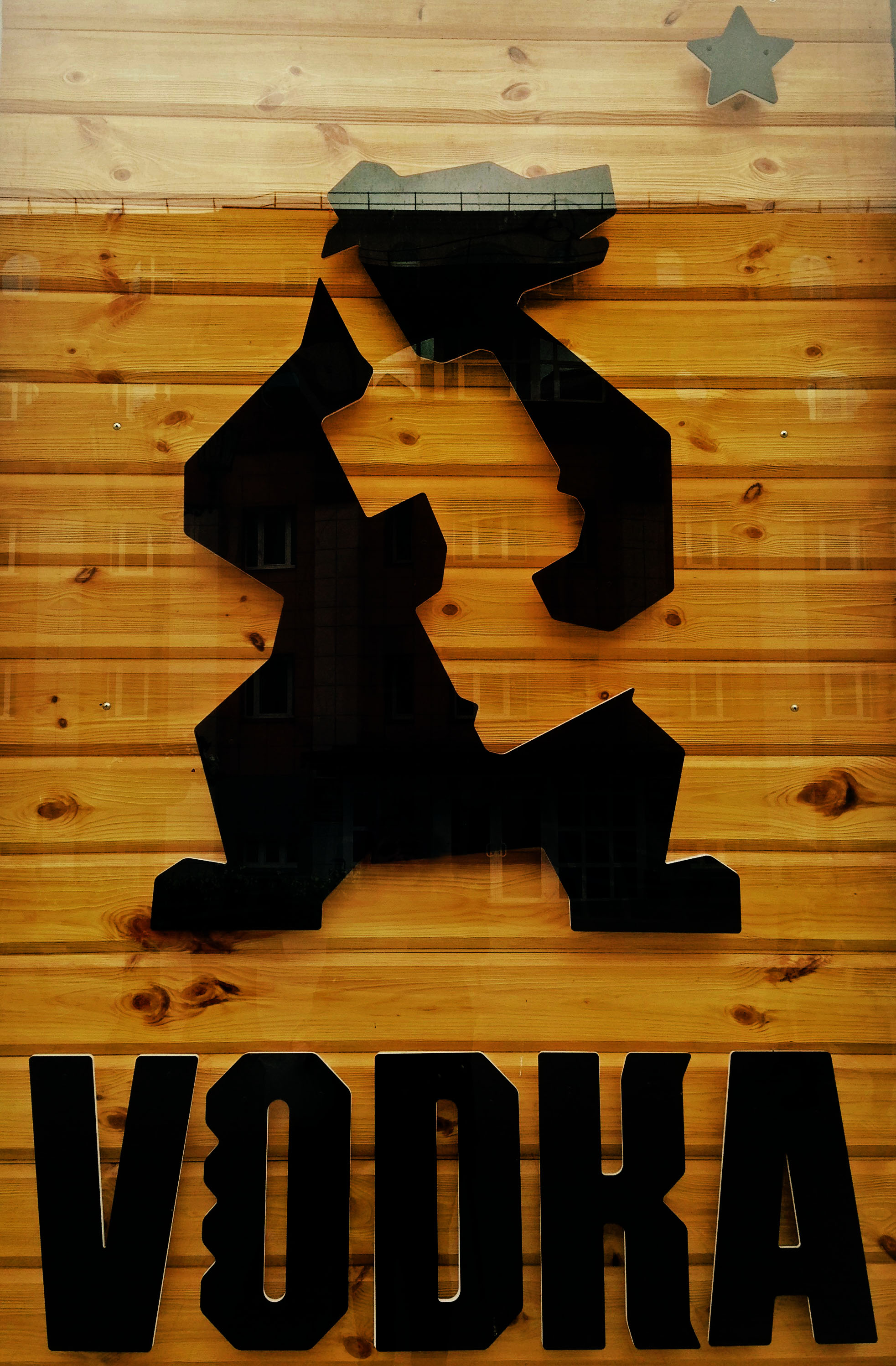 Such an “intimate” relationship, throughout history, has been the subject of more than a battle. As early as the Seventeenth century the tsars, who had understood how much people loved to drink, imposed a monopoly on distilling and selling alcohol, dong so they ensured a significant entry into the Empire’s coffers. Apparently, however, the Russians had the annoying habit of getting drunk even in war. Tsar Nicholas II then, infuriated by the poor performance of prey troops to hangover during the fighting against Japanese, banned alcohol. A period of strict prohibition followed and it had disastrous consequences: the empire deprived itself of a good part of the revenue and brought the population to allocate grain to the illegal distillation of samogon, a home-made liquor that spread like wildfire until the Twenties when Stalin reintroduced the monopoly on alcohol. The rethinking was not the result of a romantic nostalgia for the good old days, when you could get drunk in the daylight, but it was a pragmatic decision of an economic nature. The sale of alcohol was in fact the quickest and most effective way to satiate the state coffers chronically hungry money.

Those of Nicholas II and Lenin were not the only anti-alcohol campaigns that the Russians had to suffer. One of the first decrees of politicians Gorbachev was actually turned towards the consumption of alcohol. The secretary of State, even before thinking about the perestroika started a massive campaign against alcoholism which, according to some, was the beginning of his end: the first reason that made him odious to the Russians. According to the Gorbachev government alcoholism was at the base of delinquency, the rapes and the high mortality of the population and therefore a root to root out even before taking other policy decisions.

Probably the Gorbachev decree reasons were not as far-fetched as some reproach. In fact, according to a 2011 statistical survey, the high mortality rate in Russia (twice compared to the rest of the developed countries) concerns mainly men and it is due to liquor consumption which is between 15 and 18 litres per capita per year.

On the westwards moving train finally the evening dropped. The attention of the passengers is concentrated towards the centre of the wagon where the provodnitsa is rebuking a man in his forties. I do not catch a single word of the speech, but I understand that she is quite annoyed and she animatedly keeps on gesticulating against the poor fellow that is not paying much attention to the woman. Ivan and Yulia giggle and exchange jokes in Russian. In the end they explain, holding back laughter, that the passenger in question fell asleep drunk, so he missed the station where he had get off. In front of him the provodnitsa and a dark-haired woman dressed in red stand. She supposedly is the one who should sit in the place of drunk passenger, who still lies in sprawled trying to mumble some apologies. Prom the provodnitsas’ compartment the day shift provodnik wearing a pyjama peeps out. He goes towards the colleague asking her what the problem is. She explaines it to him and he, in reply laughs, with much annoyance of provodnitsa who perhaps expected to be helped rather than mocked. 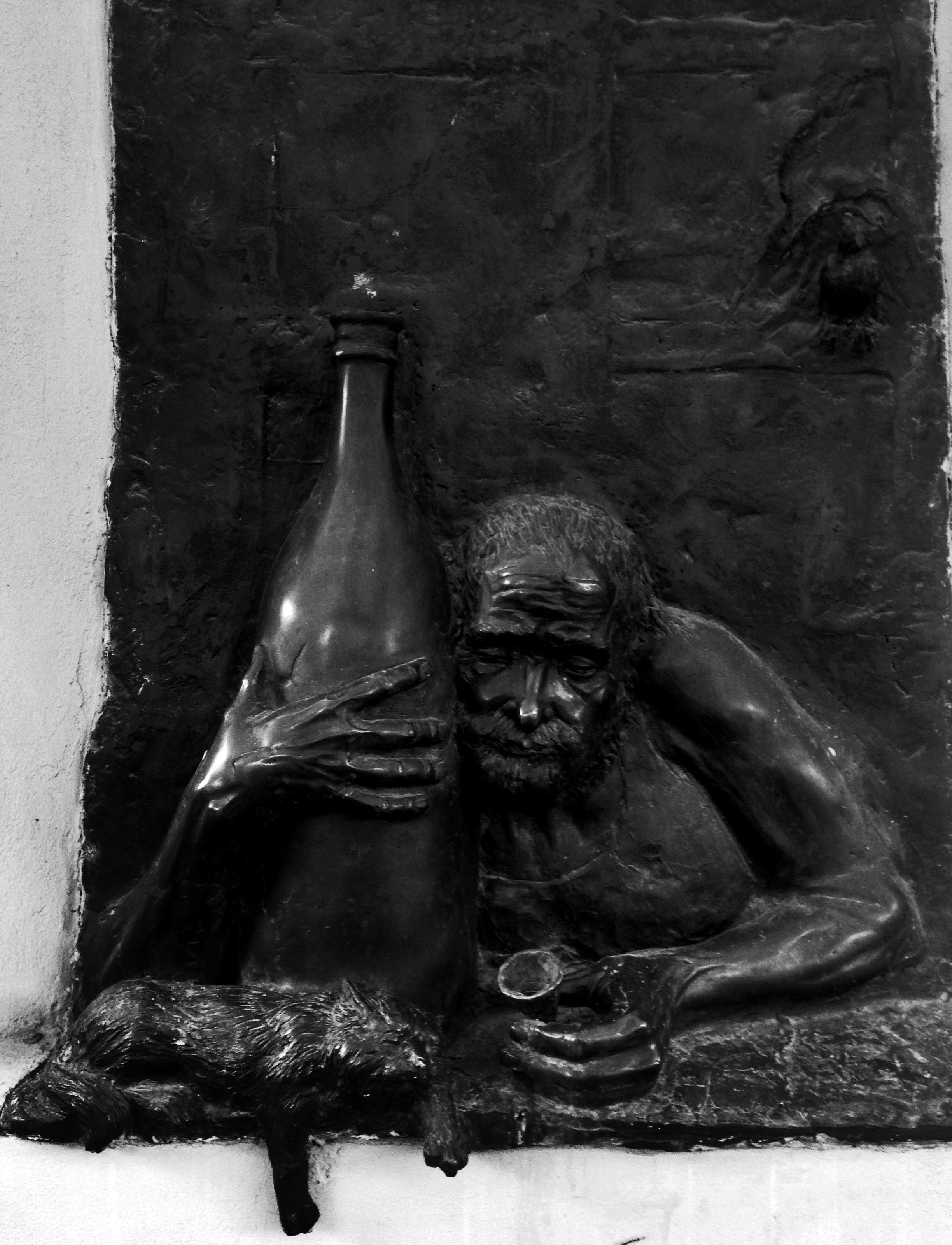