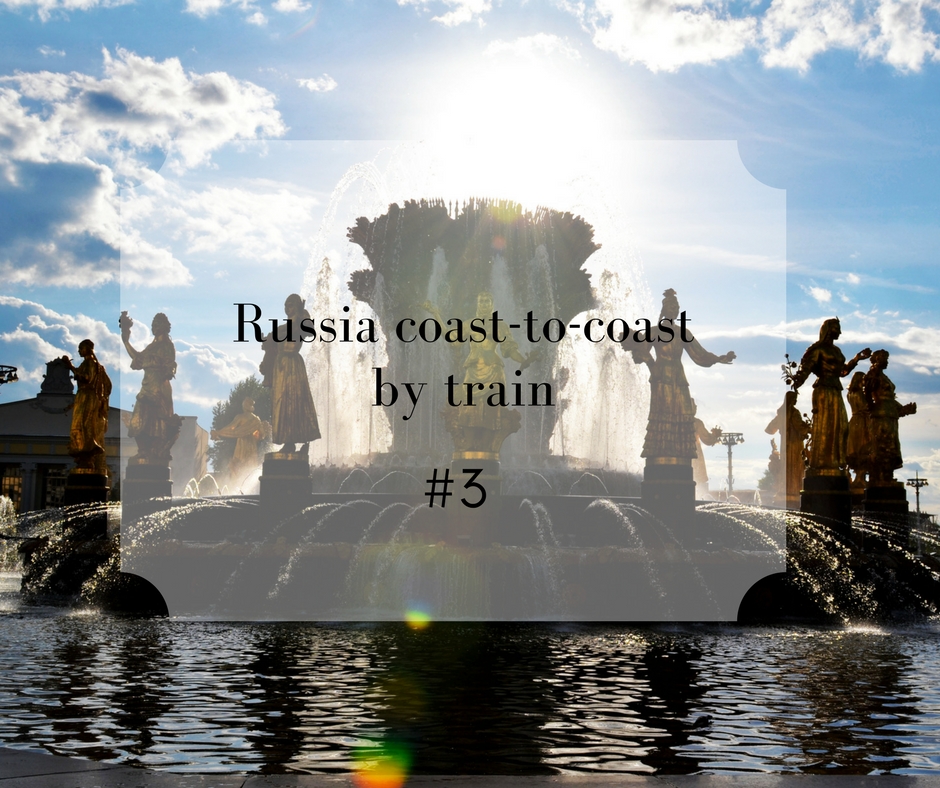 You cannot think of Russia without taking into account its cumbersome communist past. Seventy-three intense years of Soviet Union cannot be washed away by the fall of a wall. Even today, its Russian capital, in spite of everything, bustles with the legacies linked to the USSR, a soviet saying that a captive eye can see everywhere. Socialism emerges in the small details along the roads; it friezes with the hammer and sickle that decorate the walls, red stars adorn the buildings, gigantic paintings depicting proud workaholics workers cover the façades of houses and the ubiquitous grain bundles remind us that there was plenty of food for everyone, (even if it was actually rationed and you had to make endless queues to get it). The exasperating queues to grab the basic necessities were an institution in the daily life of homo sovieticus. It is true that Russia has always been a great powerful nation, but it is equally true that it was a “poor” power which used to destine the highest investment to the military, heavy industry and aerospace fields. The five-year plans did not include the development of consumption sector and for the population just a few, rationed, poor-quality goods were made available. The state was the only official food and basic goods dispenser and in order to have them, citizens had to get in line, something that everyone remembers today with great dislike indeed. 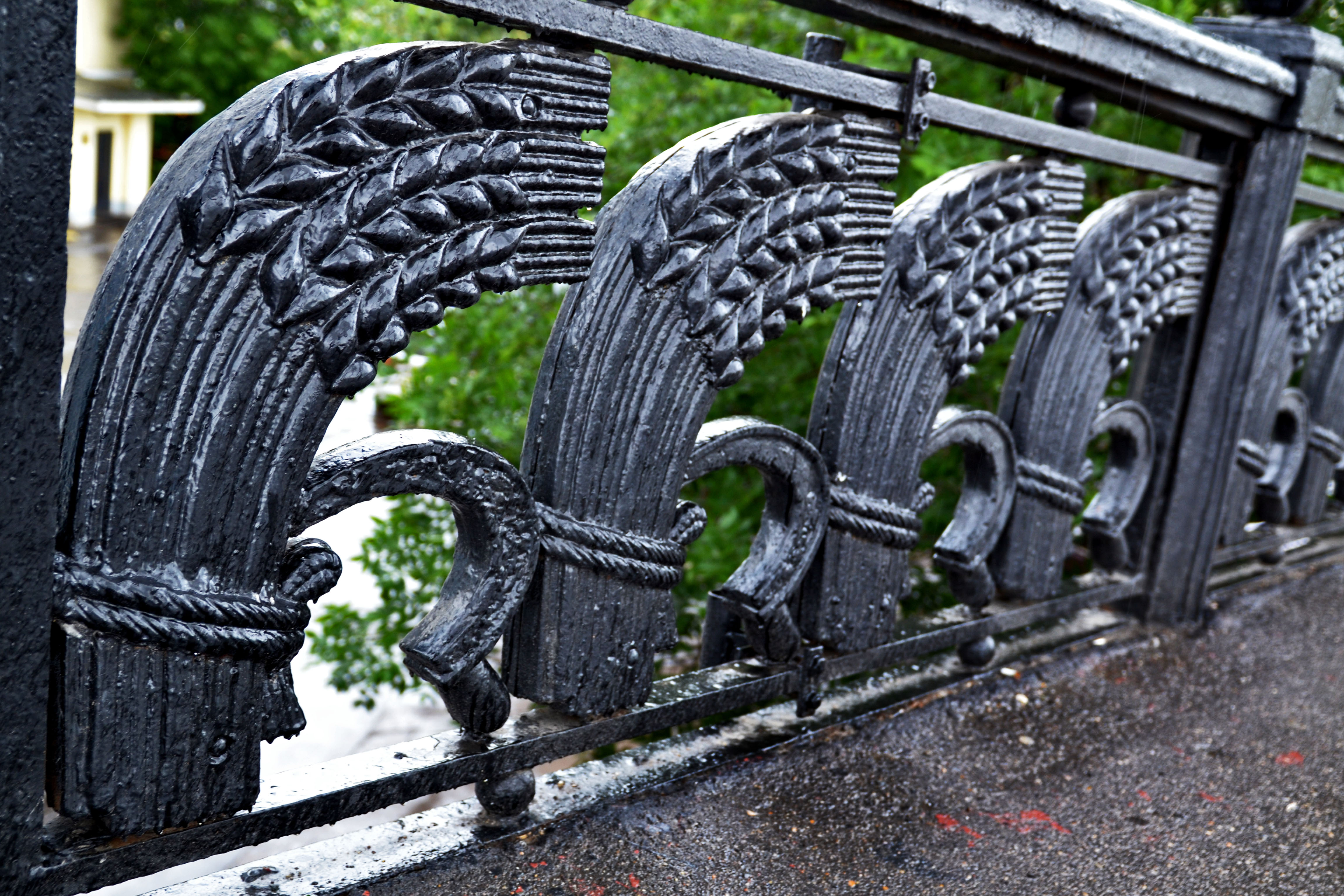 “We had to spend hours queuing for bread. It was a pain!” says Nadya, a girl I met in St. Petersburg.

“Maybe there was also something good about standing or being in the queue: you could socialize, chat with people” I point out with my non-Russian optimism as we stroll along Nevky Prospekt. She stops and looks at me puzzled and very surprised. “Are you serious? Yes, maybe – she says thoughtfully – but try and stand in the queue every single day of your life to get any kind of goods. No, if you lived it on your own skin, I don’t think you’d find a silver lining” Nadya finally concludes. From that period she only retains few fleeting memories of a child.

At the end of the queues, Russians had to show the kartochki, ration cards printed on a piece of paper, divided into monthly coupons entitling the bearer to food. Beside the world of kartochki however, the black market coexisted stealthy and hidden. It was carried out with a strong sense of the market by meshochniki, traffickers of groceries who served as abusive intermediaries between the countryside and the city or who just worked in food deposits from which they freely helped themselves.

After the collapse of the USSR, there were years of insecurity. Eltsin’s government threw Russia, still unprepared for the great economic event of the opening, into the free market. Between 2000 and 2013 thanks to a newly-found political stability, the middle class exponentially grew: in 2000, it only accounted for 10% of the population, but in 2013 that figure rose to 55%. Today the Russians, despite the 2014 Ukrainian-linked sanctions which weakened the rouble and the purchasing power, are hardcore fans of consumerism. The difficulty in finding some Western products does not scare them. However it annoys Germany, which could count on a good share of the Russian market, and the producers of the ever so beloved Italian foods; finding a true piece of Parmesan cheese in supermarkets is still an impossible task.

Years of Communist rigour have tried to transform the Russian man into the homo sovieticus, a “species” devoted to work and glory, educated to enhance the style of austere life and to despise the desire to accumulate goods. It seems that so much consumer frustration has now resulted in a exacerbate passion for purchases, a mania of consumerism perhaps even more compulsive than the one we are afflicted by in Western countries. “What happens if you replace the heroic Soviet doştat verb (to get) with the trivial kupit (to buy), a term rarely used in the times of the USSR?” asks Anya Von Bremzen in her wonderful book “The Art of Soviet cuisine”. 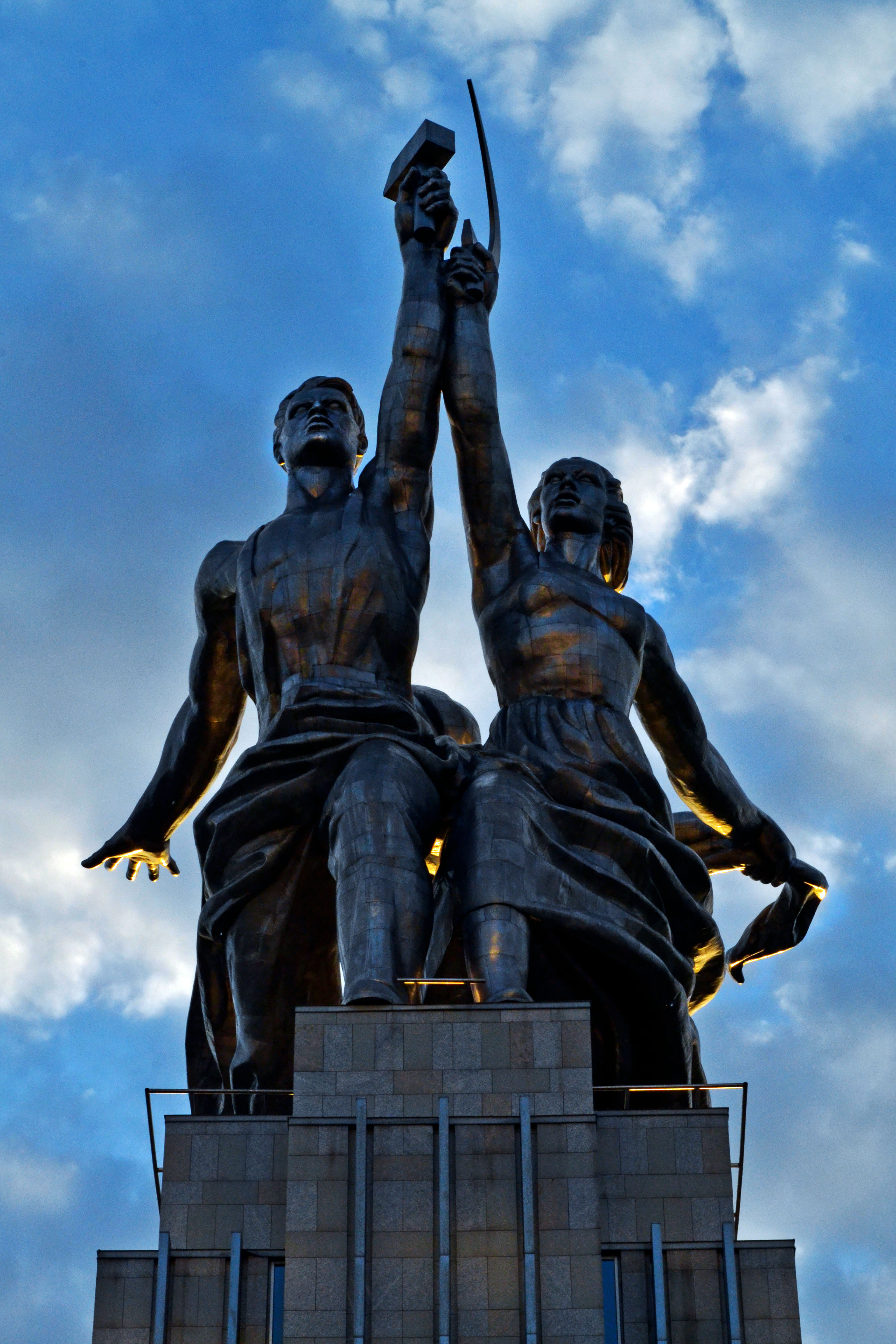 Despite every single corner of this huge city is full of the Socialist past splendour, Moscow is now a metropolis in constant face-lifting, full of shopping centres, elegant boutiques and trendy clubs. The Muscovite mundane scene has nothing to envy to that of other major Western cities and, in the Russian capital, there are plenty of restaurants for all budgets and interesting cafés sprouting everywhere in the centre. It’s been a while since Lenin, who was on a diet which was close to asceticism borders, condemned as “bourgeois” and therefore unacceptable, the aspiration to eat tasty things. Of that austere culture, in which the idea of pleasure was labelled as a capitalist degeneration and where the food was considered simple fuel, there is nothing left, except for some monumental traces of the glorious Soviet past.

One of these, probably the most impressive example, is located on the northern outskirts of the capital. This is the VDNKh, the All Russia Exhibition Centre, a huge park which, in all its socialist realism, celebrates the Soviet dream of federalism. Among the pavilions with the engraved names of the Soviet republics, stands a majestic fountain with 16 golden maidens dressed in exotic costumes, holding out their own gifts. Each one represents a former republic. The fountain was a symbol of that well-concealed imperialism which at the time was euphemistically called the “Friendship of peoples” and supposed to celebrate the ethnic diversity of the USSR. A short walk from the VDNKh, the triumphant statue of the Worker and Kolchoz Woman stands high in the sky held up by a massive pedestal. Standing at the foot of this monument I have to admit that I felt some indefinable emotions, perhaps because of its grandeur. Or because it glitters to the sweet light of the sunset with all its dynamic lines. Perhaps because it survives as an anachronistic relic in this city, today faithfully devoted to the most narcissistic consumerism. Finally, it may just represent the perfect synthesis of that socialist ideal, ended up shattered on the barriers of the unstoppable human nature. 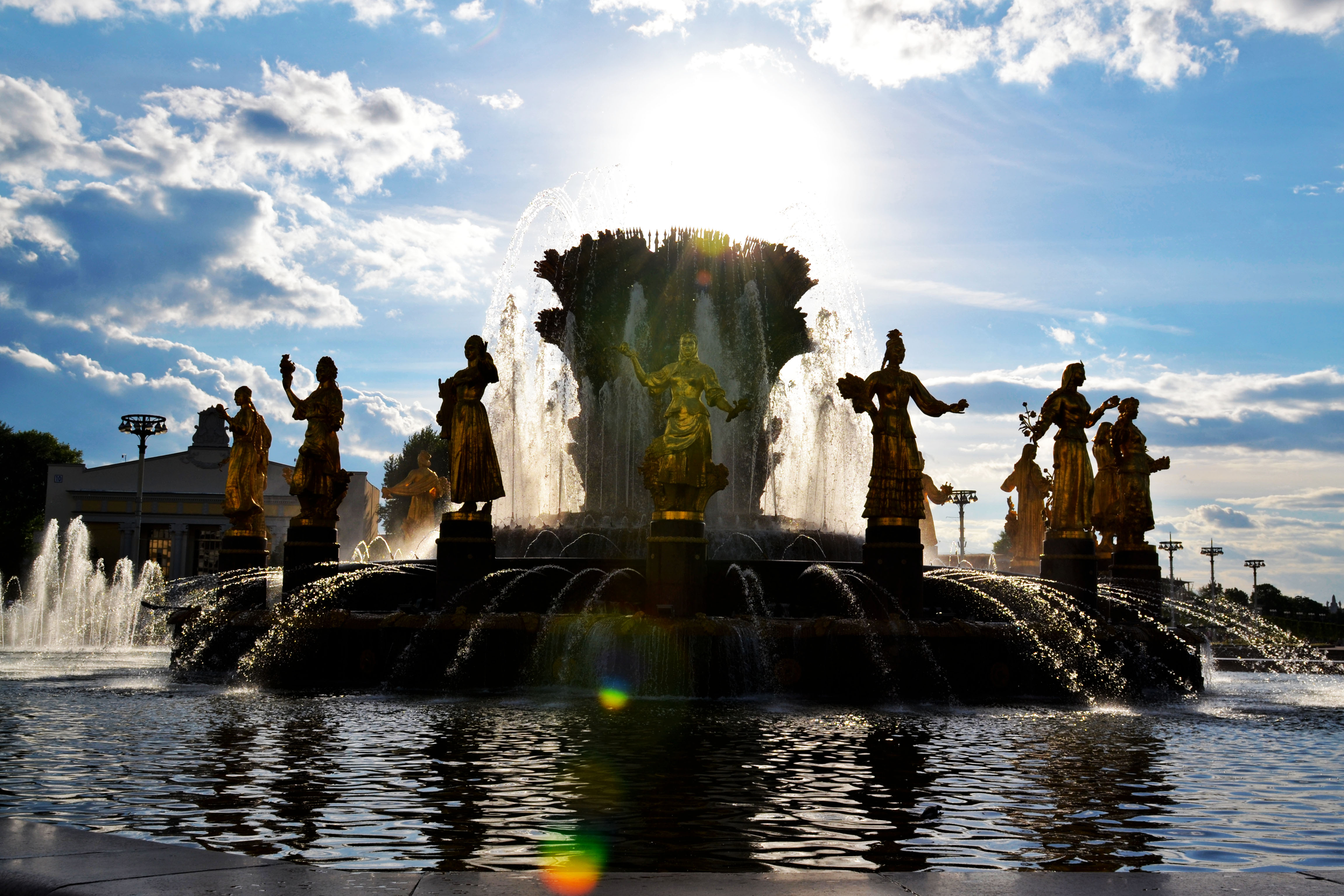