A dissolute city, with the warm Mediterranean charm and in perpetual conflict with the snooty Paris. Short visit to the port of Africa, accustomed to the cultural intricacies, where cosmopolitanism is not scary.

“Marseilles is the Naples of France”. I arrived in the Provence town with this cliché in the head and I left with another: “Naples is the Marseilles of Italy”, which is what the French think. And the two cities have undoubtedly something in common: both of them are difficult places, elusive, neglected and inhabited by proud people. Characteristics which rarely leave people indifferent.

Marseilles was founded by the Phocaeans from Asia Minor, around 600 B.C., who called this Mediterranean corner surrounded by low rocky spurs, Massalia. 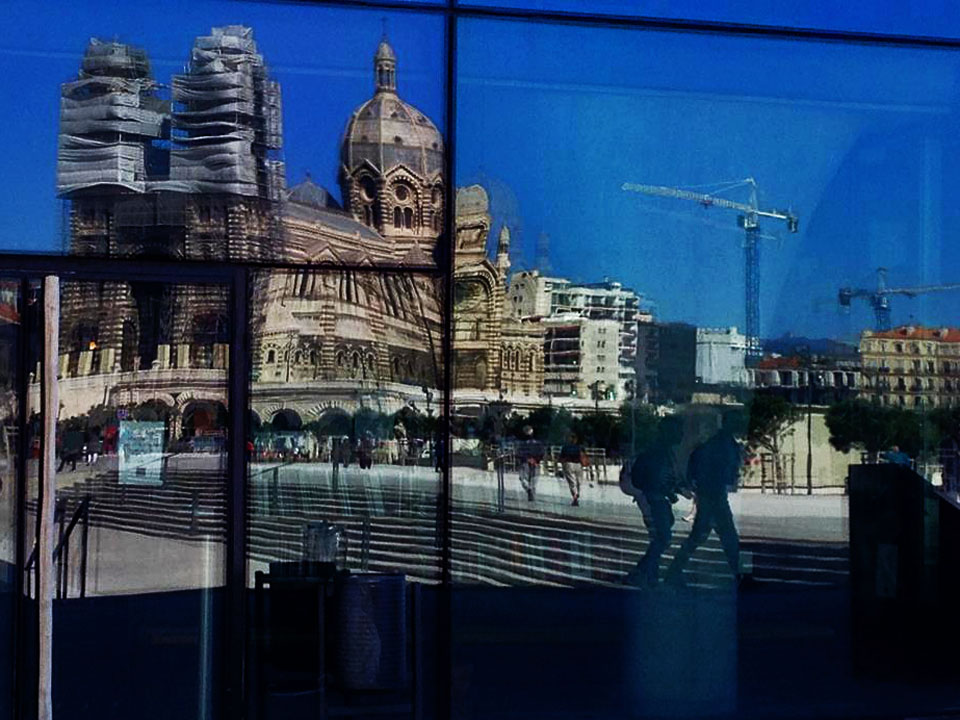 The present Massalia is a fascinating city, untidy and informal, where the Mistral wind blowing on the narrow dock of the Old Port makes the bells of the masts of sailing boats tinkle. Marseilles in the course of its history has also become the gateway to Africa, the place from which ships sailed towards African colonies. From here the French were leaving for the conquest of Algeria, the country with which this Mediterranean metropolis remained strongly linked (it used to be Département n.99). At first, in fact, I have the impression that in the city you can see and come across more North African people than Europeans, perception, I find out, my friends who live there in Marseilles also have. Not surprisingly, the Foreign Legion, which was founded in March 1831 in support of the Algerian War, has important barracks in Marseilles and in southern France.

The city is often a place of transit, a stop for families of migrants from Africa, an element that gives a less prosperous atmosphere, if compared to the refined Paris, its great rival. Intolerant to the central power of the capital, Marseilles is a proud, stubborn and contradictory city. “If Paris says ‘white’, the Marseilles people respond ‘black’. And then, if Paris agrees to opt for the ‘black’, Marseilles will respond ‘white’” this is how a French friend of mine sums up the conflict between the two cities. While we drink beer at “Au Petit Nice” in La Plaine, a popular hangout of Marseilles youth, I have fun asking my French friends which side they are: better Paris or Marseilles? Some kidding, tell me that they do not want to expose in order not to get into trouble, others respond instinctively Paris and then correct themselves immediately and specify that Marseilles is a beautiful city, where the living conditions are far superior than those of the capital. 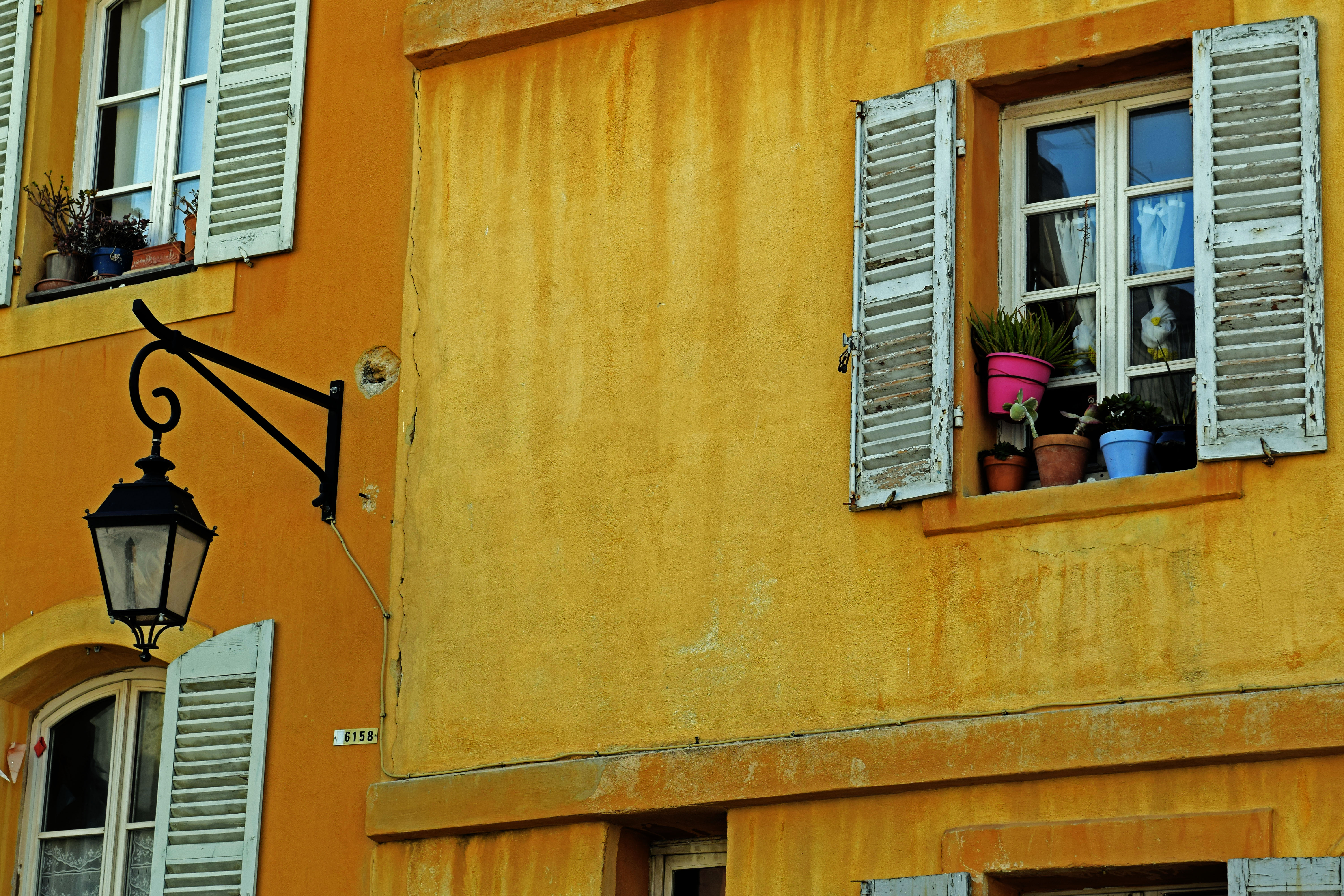 Also on beer, they make me notice, the two cities are poles apart. The Marseilles one is called La Cagole, a local word indicating a flashy woman, with a vulgar and provocative attitude. Its label makes a fine show caricature of a provocative girl who is wearing a red, skimpy dress serving beer on the background of a bay. La Parisienne is the Parisian beer; it has, as an icon, a woman with fine features who rides a bike, with her hair in the wind, passing in front of the Eiffel Tower.

Such rivalry is due to Marseilles historic independence that, in this very united country, is a bit of an outstanding and a peculiar place of its own. It remained independent until the fifteenth century when, in 1481, it was annexed to France as a royal city, enjoying ample freedom. Used to its being independent, it never willingly endured the claims of Paris that wanted it as a totally subjected city, and it started a series of struggles to remain far from central power. The king came to see a need to aim the gun emplacements of Marseilles not to the sea, in the defence from invasions, but against the city itself, against its excessively rebellious inhabitants. They were finally forced to capitulate under Louis XIV. Marseilles, however, still has its pride, that anarchic spirit which characterizes it and makes it in constant opposition to Paris. 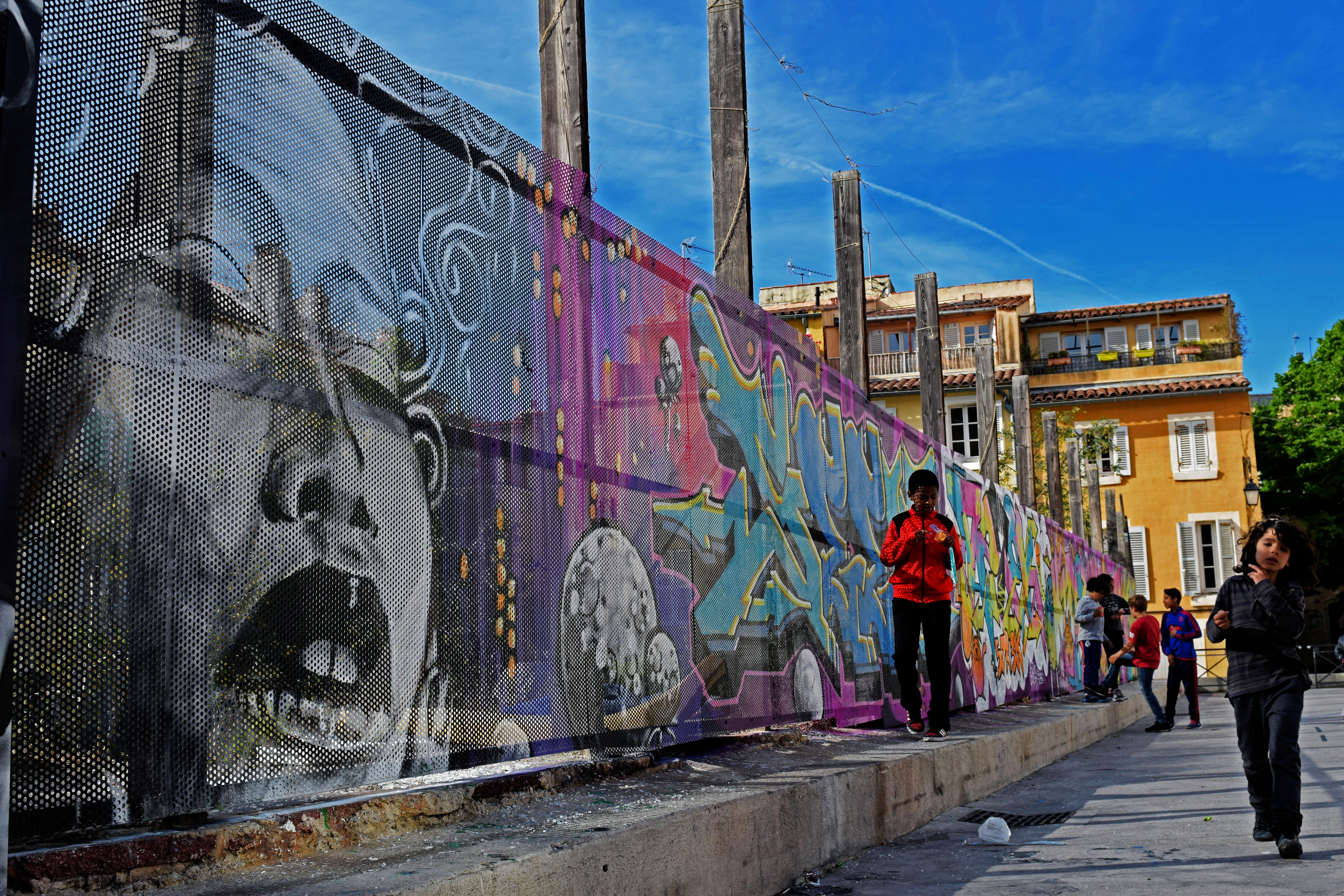 Unlike the French capital, Marseilles is a changing city and it reinvented itself; its geographical location makes it an open and a constant would-be and changeable place. On the occasion of its designation as the European Cultural Capital in 2013, it has given itself a new “face”, tried to get rid of its infamous metropolis reputation and it decided to wear its best dress. The urban transformation had already started years before with the requalification of some areas of the city. Among these, there are Les Docks Village of Juliette, the old warehouses where the goods were crammed waiting to take off to the rest of the country. It is a place with an industrial charm that experienced a new life, after the slow disintegration of the mercantile development introduced by the industrial revolution of last century. The redemption work of this enormous complex, which was in danger of falling by the wayside, was the work of Christian Pellerin, at the head of Sari real estate, who in 1991 bought it and began the renovations. Today, Les Docks is a place of bars, restaurants, fancy boutiques and showrooms.

Among the recent architectural works of the city, there is the MuCEM, the Museum of European and Mediterranean Civilization, located on the seafront of Saint Jean Fort, beyond the Old Port. Designed by Rudy Ricciotti and inaugurated in 2013, it is a huge glass cube reflecting the Mediterranean Sea, a theme which is dedicated to, and coated on both sides with a shading reminiscent of algae. 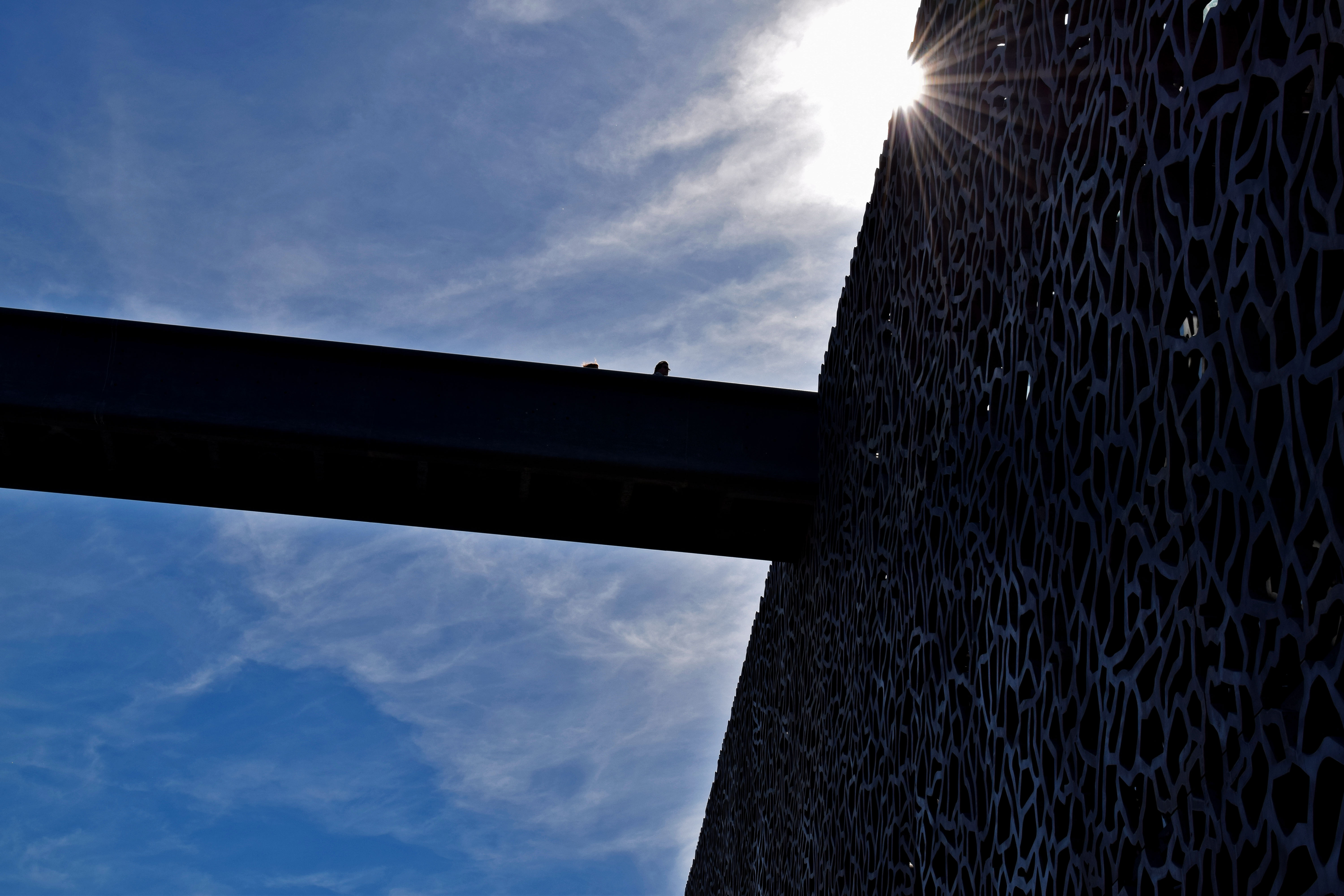 This “brighten-up façade”, prepared on the occasion of Marseilles European Capital of Culture, also hides grey areas of a city which is still a wee bit turbulent. Every person I informed I was going to Marseilles warned me about the dangers of the place, which actually has a bad reputation fin terms of security. Famous in the past for organized crime and drug dealing, Marseilles remained in the collective imagination as a disreputable city. “But the Mafia is not so strong as it used to be. The clan power has been largely shut down in the eighties. Just drug traffic remains strong and sometimes you may witness or hear of a shoot-out in the city centre”, Marseilles friends of mine “reassure” me. According to statistics, over the last four months, the victims of homicides by firearms have been eight, and only a week after I left a man died of gunshots and another was stabbed in the street.

Fortunately, I did not have such problems and the only inconvenience I had was related to public transport. The day I arrived, Marseilles was on strike and protesters marched through the streets in order to protest against the Loi Travail, the job law proposed by Minister El Khomri, going to affect the minimum rights of workers. 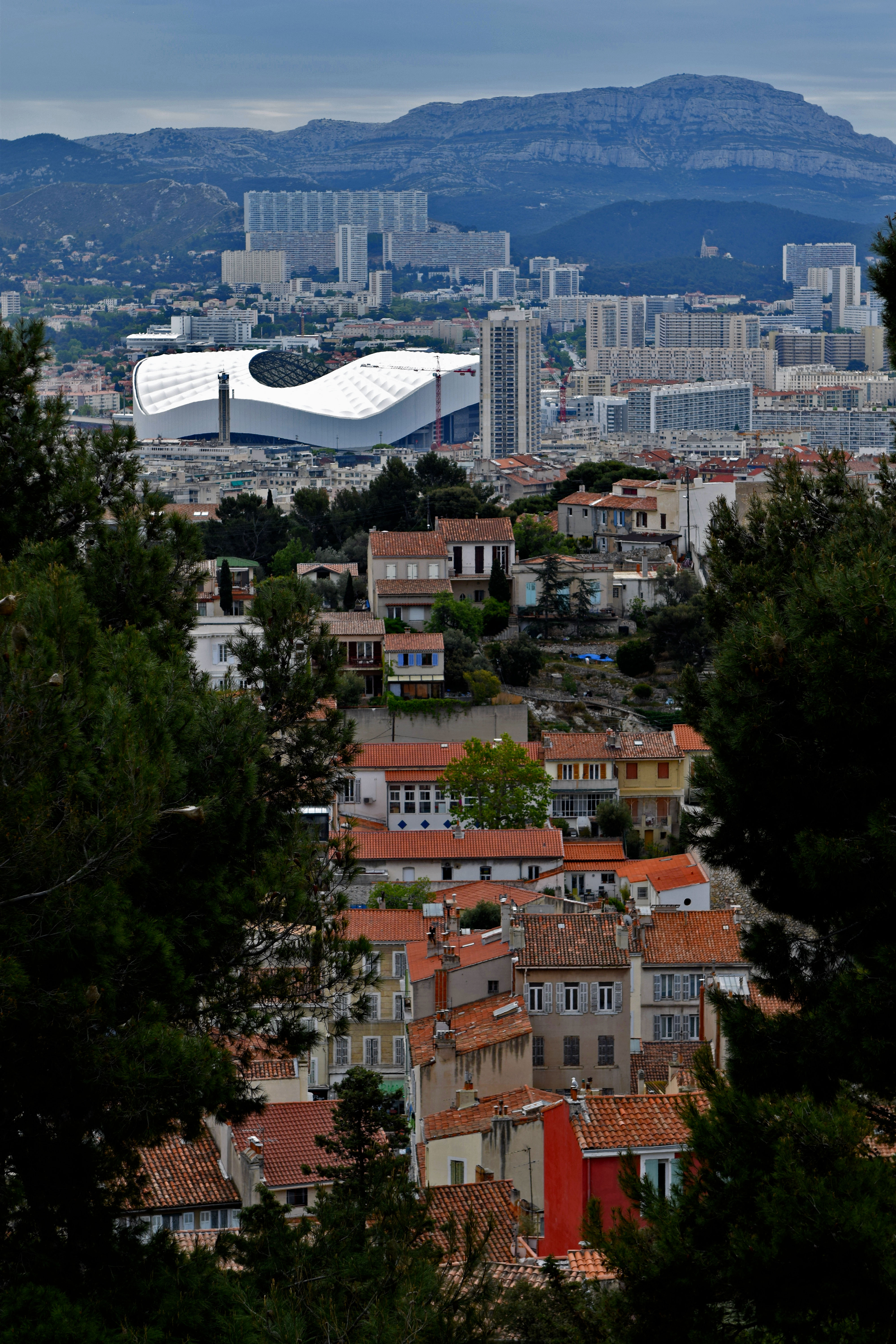 Speaking about the city public transport situation I find out thanks to Sebastien, an RTM engineer, the public transport company of Marseilles, that one of the problems plaguing the company is the evasion of payment of tickets. “Only a few pay the public transport services” he says, “curbing the problem is not so easy as you may think. We tried to increase controls, but it did not help much because people pretend not to have the documents and give fake names”. The collaboration with private security companies at subway turnstiles, has not brought great results. “Evasion is probably due to the fact that many of Marseilles inhabitants are migrants and they do not have a good economic situation. This may explain the phenomenon, but it cannot be an excuse”.

In my short trip to this city, the second largest in France, I decide to go into the intriguing dining scene of a port city where the Mediterranean, with its products, rules the world and imposes its laws.

The most famous Marseilles dish is the Bouillabaisse, a fish dish that began as a humble prepared soup composed of the unsold leftovers of fish, but, alike many other recipes from a modest background, it has become popular and is now cooked by famous chefs. Here the issue is taken seriously enough, and some Marseilles restaurants, tired of seeing diminished the bouillabaisse in a tourist poor quality version, have eventually decided to sign the Charte de la Bouillabaisse Marseillaise, a document that aims to ensure the quality of the ingredients and the preparation of the dish. In short, if you want to be sure to eat a “ certified bouillabaisse”, you have to go to one of the signatory restaurants of the document. Among them, the Miramar is easy to find: it is located right on the docks of the north side of the Old Port. If you are more prosaic and you are not going to shell out too much money, there are two excellent alternatives in town to eat fish. One them is La Boîte à sardines (2 Boulevard de la Libération, corner with Canebière Boulevard; 11-15). In this tiny casual restaurant, attended by regulars, it is just like being on a boat. It is decorated with a multitude of colourful tins of sardines that echo the name of the restaurant, and the lighting is provided by light bulbs hanging from the ceiling, tied by the traditionally rope used to moor boats. You will sit around rough wooden tables, on orange life jackets that, resting on chairs, are as a matter of fact, cushions. If you are alone and you have not booked, it is likely that you will eat on original stools at the counter, from where you can see the kitchen. 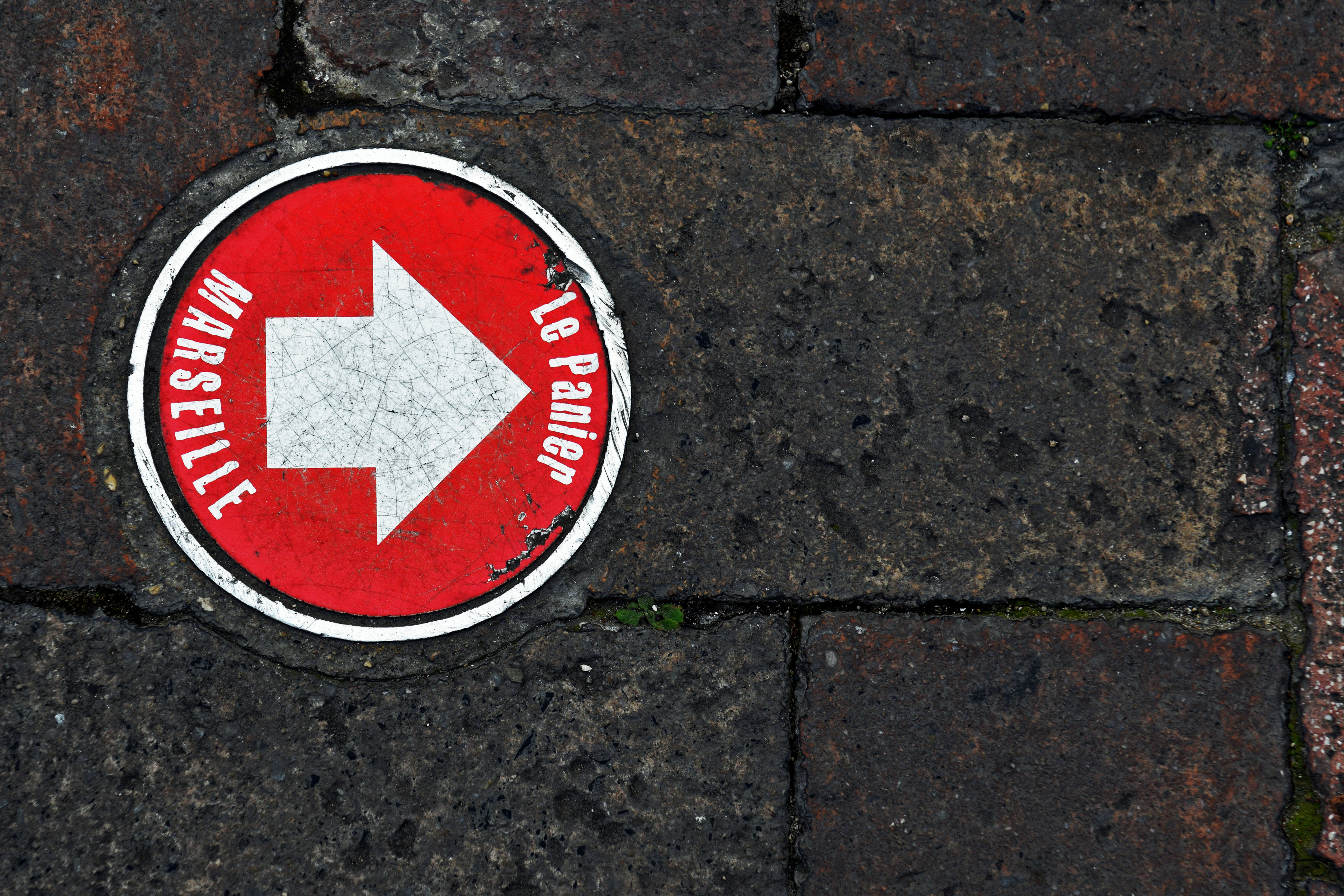 Don’t act as I did: without knowing it, I sat down on the menu. In fact you will not be given any menu to choose what to eat; in this restaurant the menu is written on a kind of blackboard box placed on the ground, which is seized and declaimed loudly by Fabien, the nice-looking owner and who amazingly looks like actor Vincent Cassel. The fish is very fresh and, for raw lovers, they also serve oysters and sea urchins.

Another interesting place is Sard’in (32 Rue de la Coutellerie; 10-22: 30). This modern restaurant that looks like a wine bar, is located just round the corner from the Old Port. A pleasant place for an aperitif, in the evening, Sard’in turns into a tapas bar, where Mediterranean ingredients, such as fish, precious olive oil and aromatic herbs of Provence, combined with a skilful touch, are the “kings”.

I decide to end my city trip at Le Panier, the popular cobblestone district on the headland in front of Notre Dame de la Garde. The district is tangled up and down with alleys in which the sides of buildings, painted in warm colours, are covered with murals which do not hide a certain talent and exuberant spirit of the neighbourhood, the oldest of Marseilles. It is on this hill, as a matter of fact, once known as “Cove of Phocaeans”, that the first Greek settlers held the agorà, the market. I get lost among the narrow streets of old Marseilles and I cannot help but notice that in this part of the city, wrought by the Mistral, there is a village atmosphere. A village inhabited by an incredible mosaic of races and cultures: the immigrants of this chaotic city on the French Riviera make up more than half of the population. 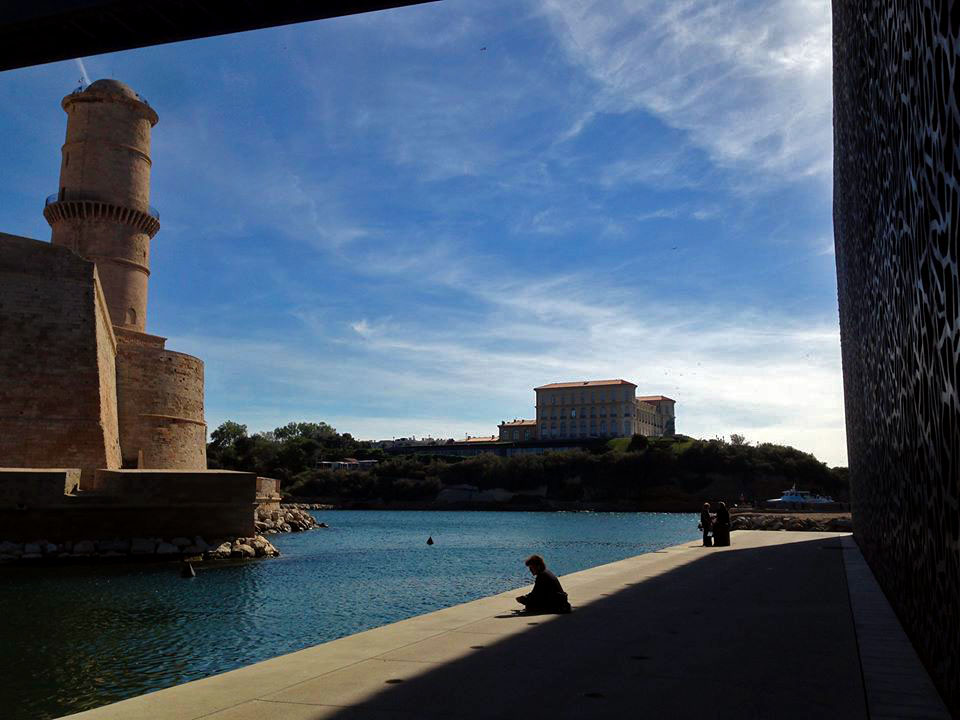