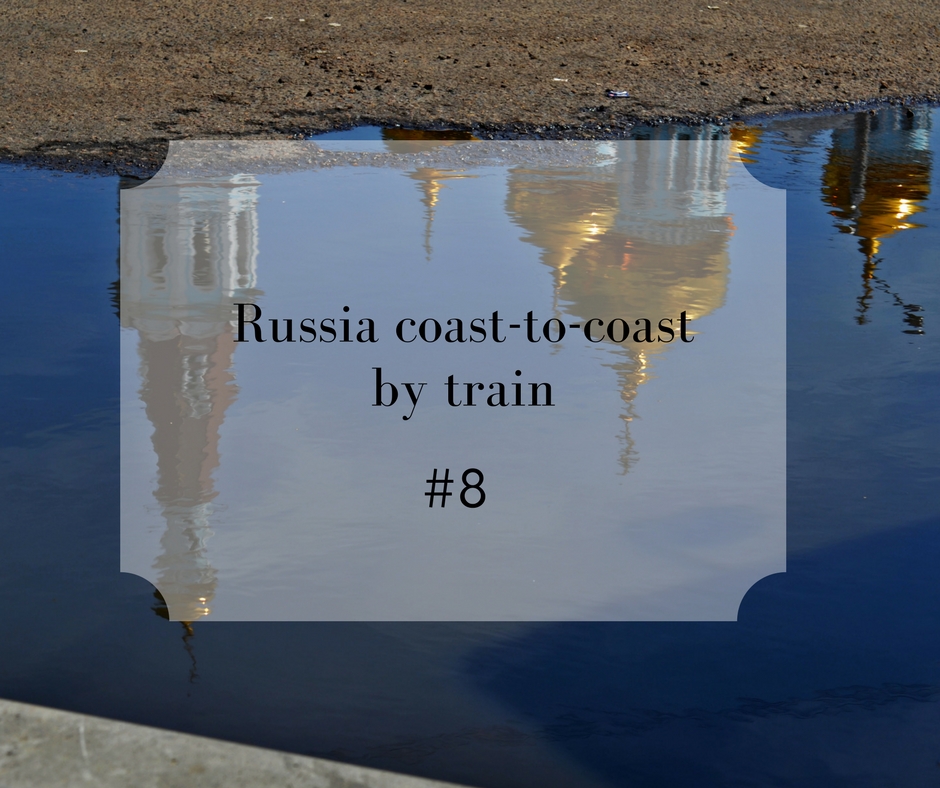 Next to the homo sovieticus, communism created the mulier sovietica. In the 1920s, the Bolsheviks initiated a massive campaign of transformation of the role of women in Russian society. Lenin himself often treated gender issues, complaining in his speeches, the traditionalist mentality that looked at women as nothing more than a “domestic slave”. The blame, according to the father of the Revolution, was mainly due to the two main enemies of socialism: religion and capitalism. “Capitalism is the main source of slavery for women […] The religious marriages are still prevailing in the countryside. This is due to the influence of priests, an evil that is harder to fight than the old legislation” he wrote in his pamphlets. Lenin worked for a total and, for the standards of that time, unthinkable gender equality. “One of the hardest things in every country has always been to push women towards action. There can be no socialist revolution without women workers involved in it. Socialism only can save them from this status of ‘domestic slaves’”. No longer housewife thus, women became an active proletarka in politics. To this end, society was redesigned to eliminate the workload of the housework. Not eating any more at home, something that is an individualistic characteristic and also “a waste of time and energy”, Aleksandra Kollontai used to thunder disdainfully. Kollontai was a Bolshevik feminist and a close collaborator of Lenin. “We are organizing communal kitchens and canteens, laundries, cobblers, kindergartens, children’s homes and institutions of various types. In short, we are serious about carrying out the requirements of our program to move domestic and educational tasks from the family context to the social one. Women freed themselves from their old domestic slavery and dependence on their husbands. Any woman will be able to put her skills and inclinations at the service of society”. This system, which was more efficient at social level and in line with socialist principles, did work indeed. 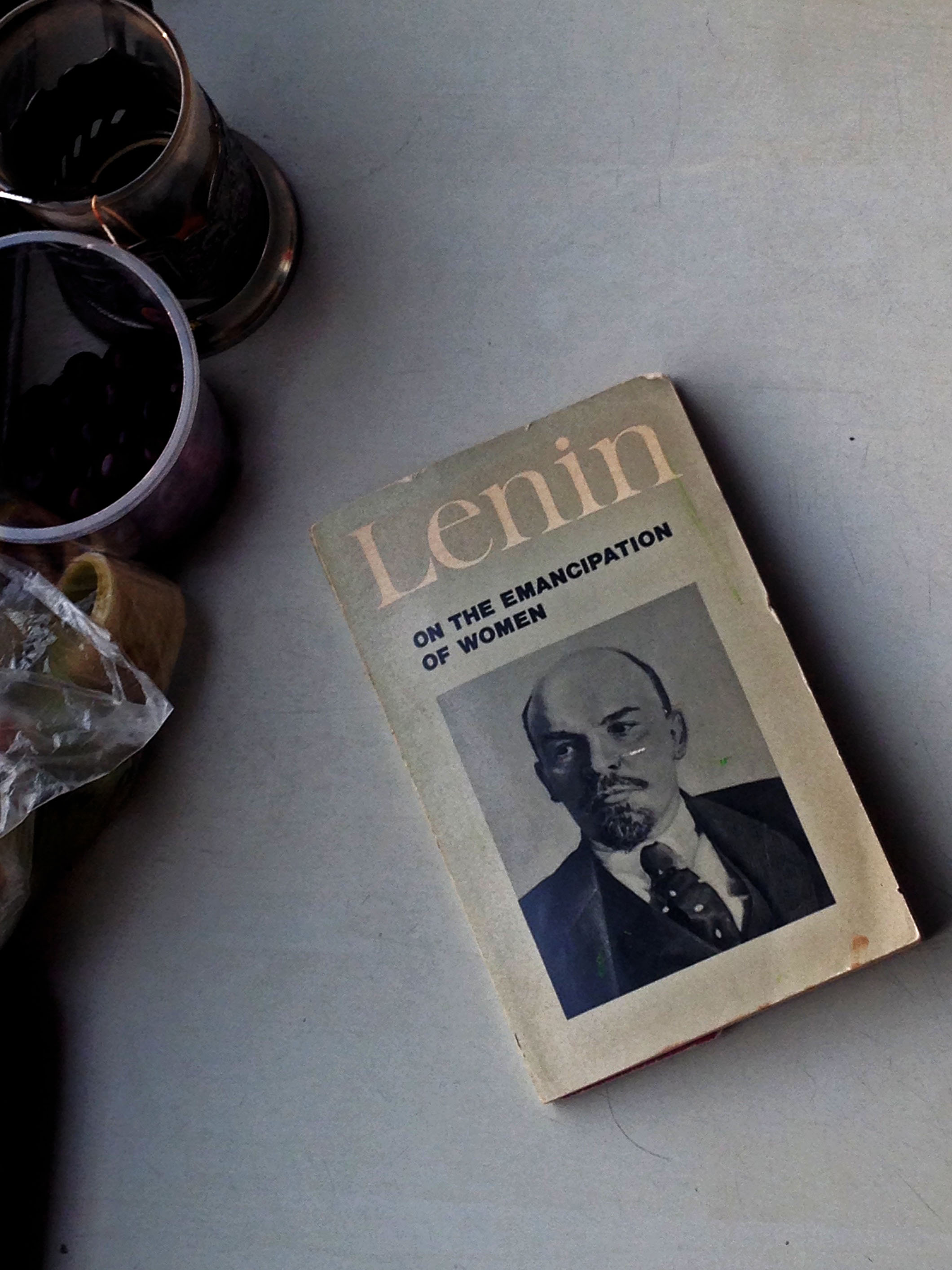 For the Bolsheviks, women represented an opportunity not to be missed: make them emancipate not only meant to redeem a large part of the oppressed population, but also to use that enormous potential work force of which the country needed so much for technological and economic progress. Factory work represented a way out, for the Russian women, the liberation from conservative culture that wanted them cut off from the existing working and social lives, relegated to the stove and to the care of babies.

The Bolsheviks established a real women’s department, the Zhenotdel. The feminine power within the Party was part of a broader and more complex concept of feminism. If in the West, women were fighting for voting rights, sexual freedom and divorce, in Russia, figures such as Clara Zetkin had declared war on capitalism, which was considered the root of all evils and therefore also of the patriarchal culture. Zetkin, born in Germany, but died in exile in the Soviet Union, not far from Moscow, was one of the most aggressive communist fighting leaders for women’s self-determination. For Bolshevik feminists, women’s issues were tied with the class struggle. Claiming the right to vote, without the proletariat issues, was considered a limiting petty bourgeois aspiration by Zetkin. She complained about the excessive attention that new generations gave to sexual matters. She agreed in all respects with Lenin when he said: “This so-called ‘new sex life’ seems to me a mere extension of the good old bourgeois brothel”.

Like it or not, it was thanks to the Bolsheviks that Russia became one of the first nations to ensure genuine gender equality in society and at work. “We have the most advanced legislation in the world of women’s work” Lenin used to say; and he was right. This happened in the 1920s, in Russia, while in 1973, in Italy, Elena Gianini Belotti in her book “On the girls’ side” denounced the legacy of a patriarchal society unconsciously adopted in Italian schools. On the other hand, even in China women benefited the thrust of the egalitarian socialist principles. The advent of communism, as a matter of fact, managed to eradicate those costumes that were the legacy of a society considered medieval by Chinese Communists. The same happened in the countries of the socialist block in Eastern Europe. An Italian friend of mine once confided to me that during his first trip to Ceaucescu’s Romania, he was surprised to see that women were working as tram and trolley buses drivers. In Italy at that time it was a job for men only. 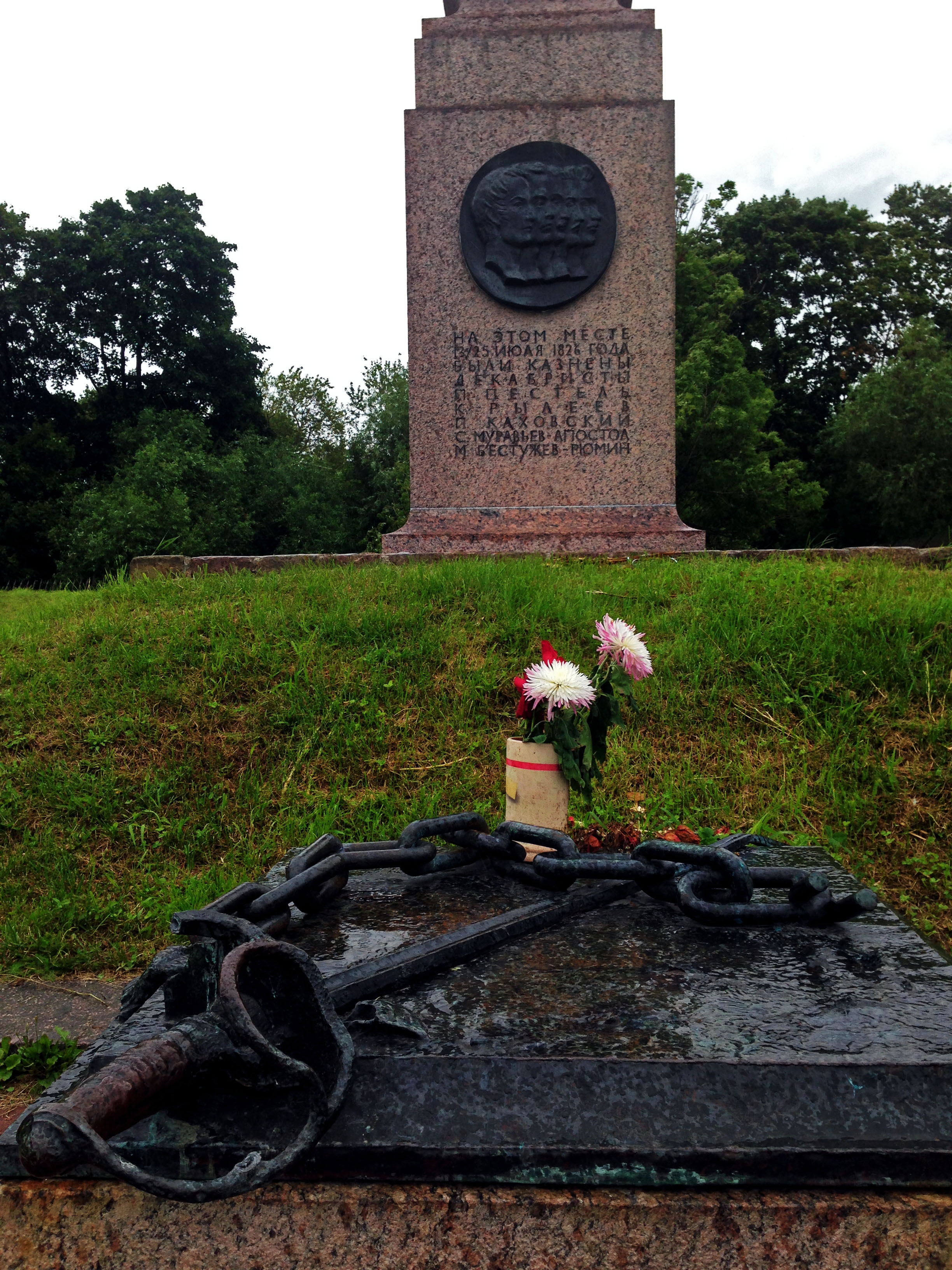 No need to wait for the advent of communism to notice prominent female figures in Russia. In Tsarist times, the Decembrists’ wives, women married to army officers who had rioted against Nicholas I, wrote a beautiful page of history. In December 1825 those men, fascinated by the ideal of equality of the French Revolution, attempted a revolt against the tsar to abolish serfdom and set a constitutional monarchy. The attempt did not go well: the troops loyal to tsar Nicholas I crushed the rebellion and he ordered to execute five of the responsible leaders and to send the remaining 120 men to forced labour to remote Siberia.

The Decembrists’ wives (a word that comes from the Russian dekabr “December”, the month in which the officers rebelled) distinguished themselves for bravery and tenacity. The Tsar ordered them to leave their husbands to their fate, otherwise they would have lost all their properties and privileges and they wouldn’t be allowed to go back to European Russia. Those women, however, defying Nicholas I’s threats, set off by stagecoach (the Trans-Siberian railway was not yet built) towards Siberia in order to reach their men. Their arrival brought a breath of civilization, a more open-minded and European customs in places that were considered no man’s lands and inhabited by hardy pioneers. The Decembrists’ wives convinced the guards to alleviate the living conditions of prisoners and provided food to their husbands who received only a meagre daily ration. They opened craft and commercial activities in the villages and they help the locals fight illiteracy and become more educated. They deserve credit for turning those poor muddy villages into habitable places. 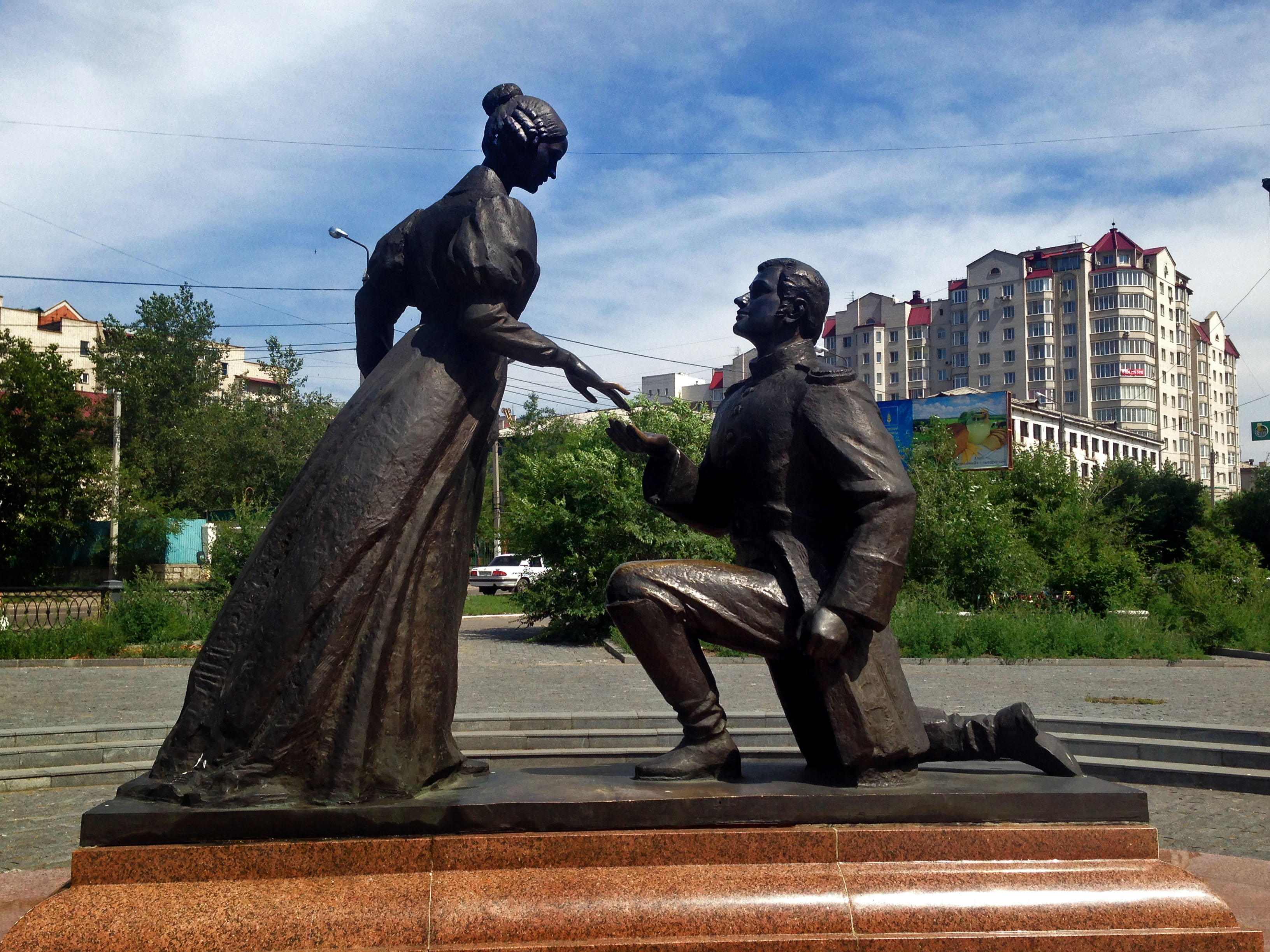 Chita and Irkutsk, in eastern Siberia, are considered the Decembrists’ cities. It is here that were deported and it is also here they decided to remain living even after Alexander II granted them the remission of sentence. It is the fascinating story of these unfortunate heroes and their faithful consorts that drives me here, to Chita. This time I get along very smoothly: only 10 hours by train.

Chita is a quiet town, embellished by colourful, old buildings along Ulitsa Lenina covered with silvery spires. In the square, under the watchful gaze of the pink statue of Lenin positioned in front of the fountain, teenagers play splashing water to each other to relieve the summer heat. The golden onion-shaped domes of the cathedral reflect the Siberian sun. 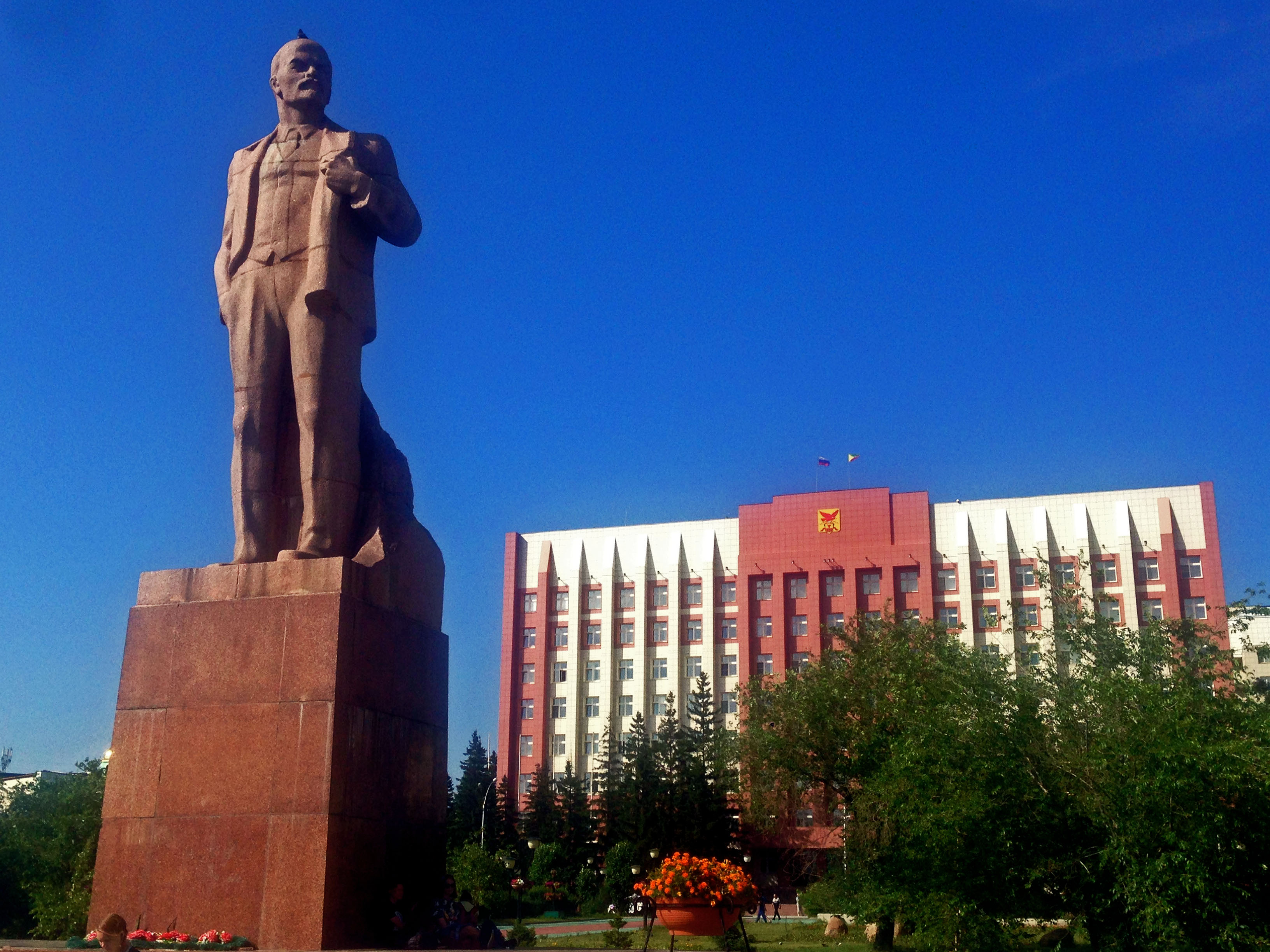 In this city, there is the most comprehensive museum dedicated to the Decembrists. I decided to go and see. I walk along the desolate Decembrists Street, with its wooden houses built with round beams and decorated with bright embroidered windows, but I end up lost in a maze of a Brezvnian condominium, those sad crumbling concrete blocks where families still live. I’m about to give up when, hidden behind leafy trees, I saw a pretty wooden church with a green-greyish roof. It is Saint Michael’s Church, which houses the museum I was looking for.

The Second World War was for Russian women, like those of Western Europe, a further leap forward: having men committed at the front, women had to become even more independent. “More than independent, Russian women are aggressive and full of themselves – says Eric, a Brazilian guy who has been living in Russia for two years, while we are sipping tea in one of the Ziferblats, (those tearooms where you can read, play games, socialize not paying for the consummation, but for the elapsed time) – they tend to flaunt a safety of themselves and look as flashy sometimes displaces men”. Many girls around here do not leave the house if not perfectly dressed and made up. “They wear high heels just to go to the grocery store”, Eric pointed out to me arguing that this trend is dictated by a syndrome of “catch-men” impatience to find a husband. Throughout my trip, I will find out that Eric’s opinion is not an isolated one, but the idea that most Western men have about Russian women.

After so much feminism in Russia, there is therefore a return to romance as “White Knight”. “We don’t want to be strong. “Having a man to take care of us and who makes us feel protected, this is what we want – Aleksandra replies, a Muscovite girl with whom I met – when I tell her that I think the history of their country helped Russian women grow stronger – we greatly appreciate the attentions of a gentleman”. In Russia, men are often gallant with women, showing “an old-fashioned style” sensitivity, now vanished or lost in Western Europe. Giving women their seats on the bus, helping passers-by with luggage at the stations, giving way, opening the car door as a sign of courtesy are still examples of gallantry in use around here.

According to some young women with whom I spoke, however, romance often collides with reality: it would seem that Russian men tend to be absent in the family. This makes the new generations often grow without the paternal figure. “Who sets the example? Who teaches children how to become men?”, Complains my friend Maria. In traditional thirteenth century Russia, relationships between princes were concluded orally, without the need to draw up any contract. They only need their word to define what some have called “the power of the steppe”. In Europe, however, the rich body of codes and written laws inherited from the ancient Romans created a culture of written contracts to be concluded with signatures. “Verba volant, scripta manet”, said Caio Titus, to emphasize that only written documents could be a guarantee of and for mutual trust. Although after the advent of the Soviets in Russia things have changed, for men the power of the word has remained deeply rooted in the mentality. However, it now seems that this culture tends to slowly be disappearing.