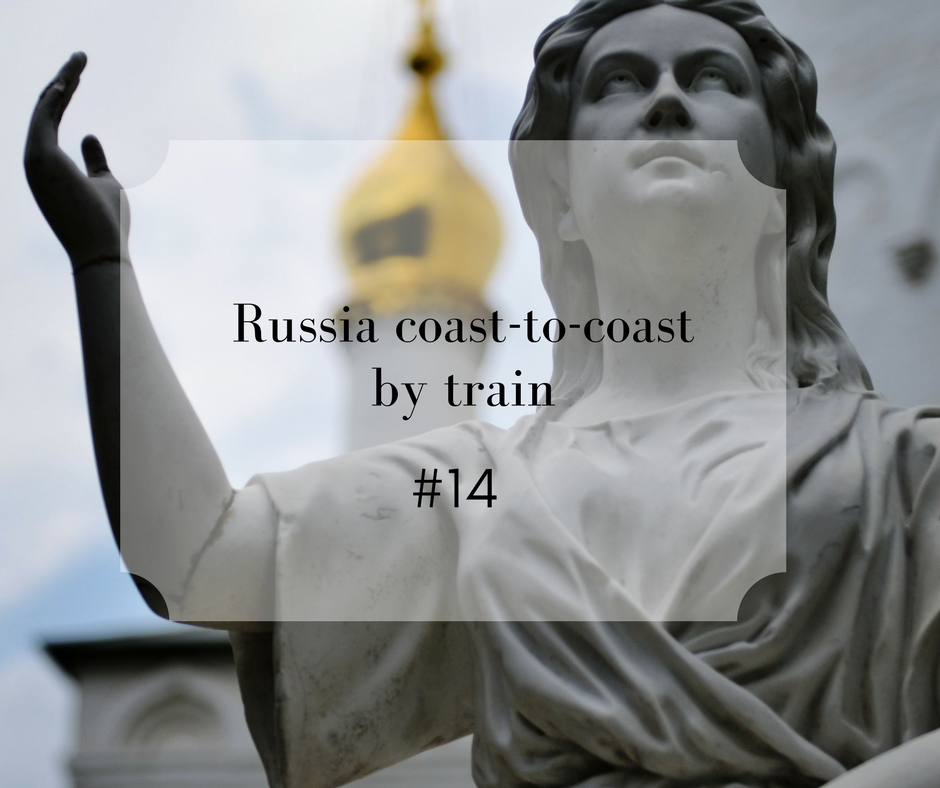 “Did you buy St. Anthony icon? – my mother asked me for the umpteenth time on the phone – he is the protector of our family; grab one for you too” she advised. So my mission begins (after all very simple), in this last stop of my Russian journey: purchase a St. Anthony painting on wood. The search icon will certainly lead me to discover a significant aspect of Russian culture, which is the relationship between the ecclesiastical and the temporal power. It so happens that I’m right in Veliky Novgorod, “the city of the orthodox icons”, a charming small town just three hours by train from St. Peters burg.

To complete the mission, I step in a church. Orthodox churches are magnificent: wide, usually clear of benches, with walls full of pitted in gold icons and the ceiling topped of towering domes from which descend the majestic golden chandeliers. The faces of countless saints look at me with their great Byzantine eyes that look veiled with a sad realization, while the lonesome sound of my footsteps echoing in the silence. Veiled women make the sign of the cross in the Orthodox way: three times in the opposite direction. Some pray in front of the large icons, others light up candles.

I approach the old lady who chairs the kiosk of the holy articles, which is present in every church in Russia. He has grey and watery eyes, furrowed by wrinkles and head wearing a blue veil with small embroidered red flowers. I say, in my funny Russian, that I would like to buy a small icon of St. Anthony. The old woman, who does not have many teeth in the mouth, is very talkative although it is clear that I do not speak her language. She wants to explain something, and with a little of intuition and many gestures I understand that she wants to give me some information about the tradition of paintings saints.

The icons in the Orthodox Christian religion are not mere representations used to beautify the holy places: they do not have a pure aesthetic value nor they are perceived as idols, but they serve as a source of veneration by the faithful. However, to be venerated is not the image itself, but what is depicted in it. In early Christian icons they had the dual function of inspiration to prayer and “Holy Scriptures” for the illiterate.

Each icon is blessed and the details, from the laying of the saints to the colours with which they are painted, are loaded with symbolic meanings; blue represents the deity, the yellow is the divine light, black is the absence of life, the white is purity and the red stands for humanity.

The pretty Veliky Novgorod is generally known as “the city of the icons” because their production has a long tradition here and it is supported by an ancient history. Legend has it that on the eve of the battle against the Sudzal prince’s army, the bishop of Novgorod had a vision: an icon of the Virgin would save the city from destruction. So it was that the icon of St. Sophia Cathedral was placed on a tower of the fortress. During the clashes the image would have been hit by an arrow that made her eyes cry and shifted with the face towards the inside of the walls. From that moment the tide of battle toppled. The opposing army began to rave, and the soldiers started fighting against each other. Thanks to the icon of the Virgin, now enshrined as the symbol of the city, Veliky Novgorod was saved by the siege. 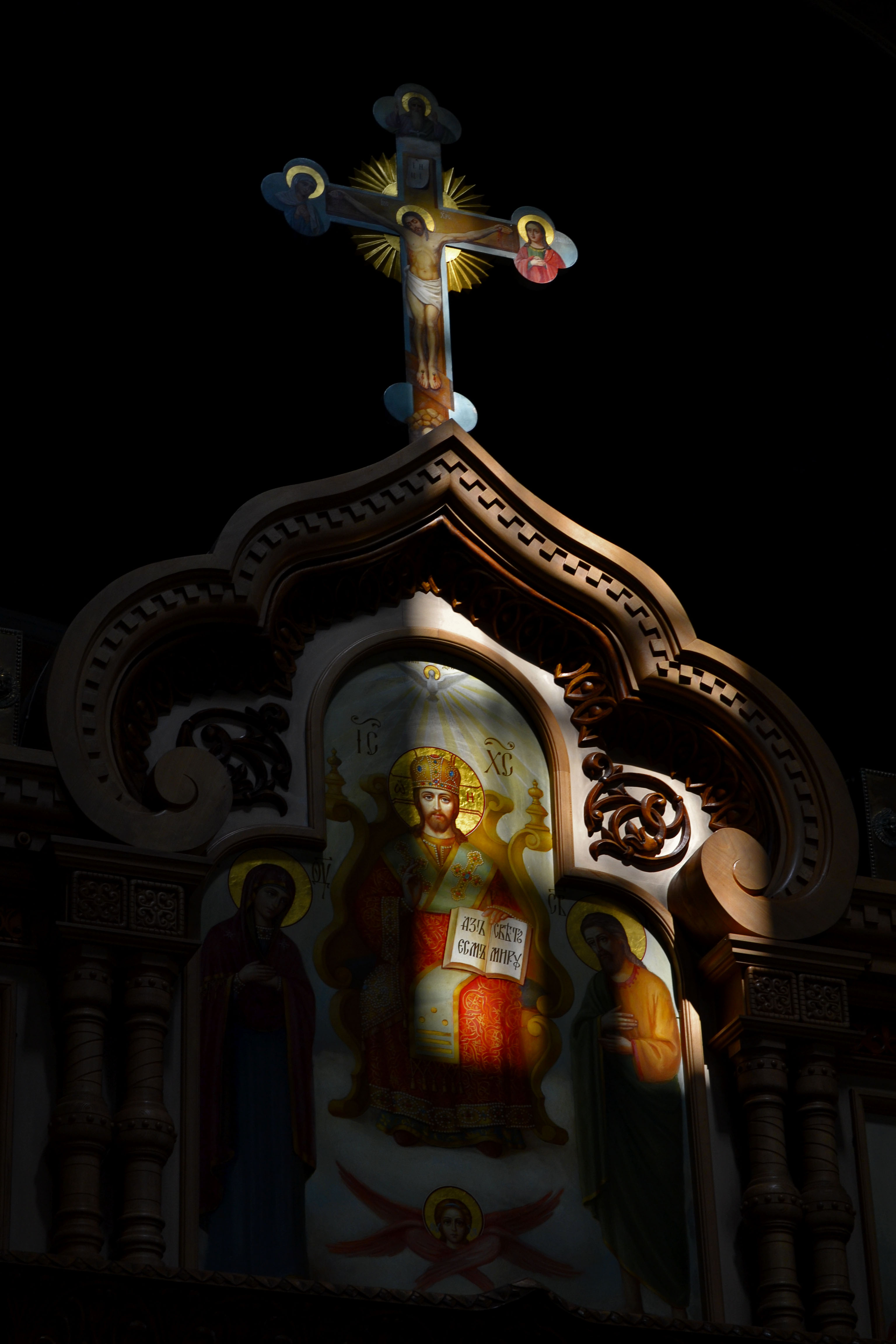 Obviously the supposed magical power of the icons could not have anything in front of the blasphemous devastating fury of communism. It is estimated that during the years of the USSR, about thirty million icons were destroyed. They were used with calculated sadism as shooting targets, cutting boards, firewood and building material. Burned, chipped, crushed, or cut: in the Soviet empire there was no place for holy images that were not those related to Marxism and its leaders.

But it was not always so, indeed. The Russian concept of political power is closely linked to the religious and in this, once again the icons are the protagonists. It seems that Andrej, prince of the city of Vladimir, returning from the Ukrainian capital, brought to town the icon of the Virgin that had been donated to the Prince of Kiev from Constantinople. According to legend, the “Virgin of Vladimir”, as it is now called, would have appeared to the prince by covering him with her veil in order to protect him and the Russian people.

The alliance between temporal and religious power, however, dates back to 1326 when Ivan I, Prince of Moscow, offered protection to the Metropolitan of the Church of Rus’ on his run from a Kiev, devastated by invasions. Some princes of Rus’ allied to Dimitri Donskoy, Ivan’s grandson, against the Tatars. The expedition, blessed by the Church, took on the contours of a real crusade against the invaders. The victory that the armies allies reported was the first great victory over the Central Asian peoples and played an important role in the alliance between the principality of Moscow and the Orthodox Church. Then in 1395 when Moscow was threatened by the hordes of Tamerlane, the Virgin of Vladimir was moved to the city to protect the Russian capital today. It worked: Moscow was spared and never conquered by the Tatars. In 1453 the fall of Constantinople in the Turks hands marked the successive developments of the alliance between the Russian Church and Moscow, which was the last independent Orthodox principality by the Ottomans. Prince of Moscow was so designated as the “last emperor of Christians” and Moscow became the Third Rome, the capital of the “Holy Russia”.