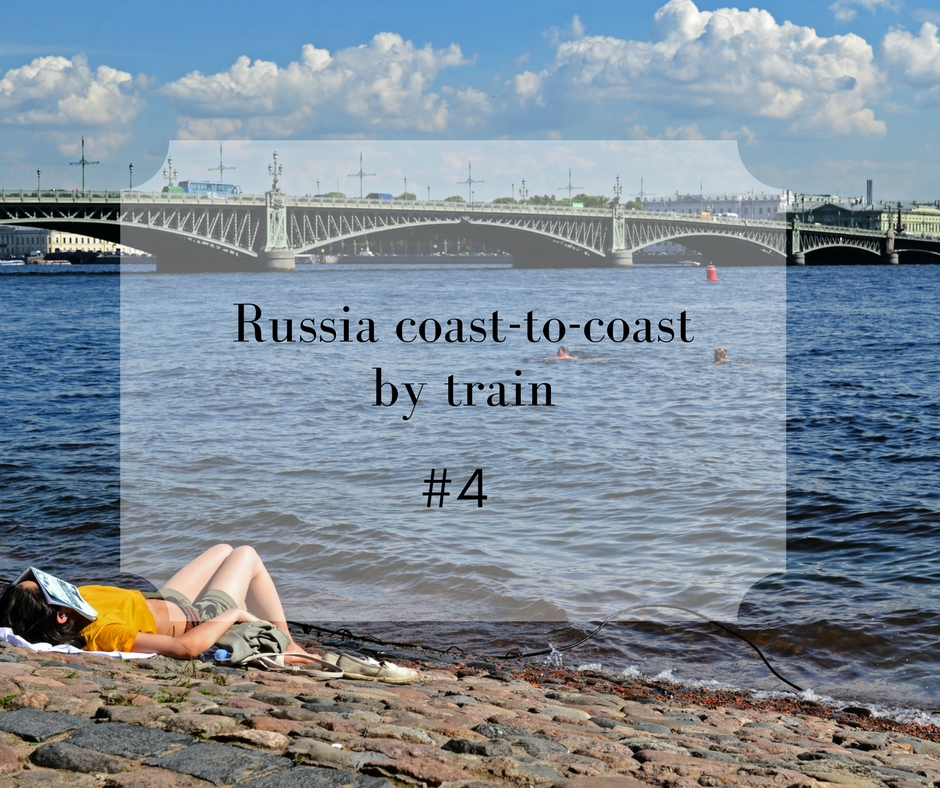 The great mystery of Russia is its people. The Russians at first glance are indecipherable. They appear closed, angry, shy, but if you have the courage to penetrate the veil of apparent diffidence, you will discover curious and generous people. The distorted image that we have of these people comes in part from the brainwashing of the pre-1992 Hollywood film industry, which did not give a break in pouring out films where Russians were portrayed as monsters, negative characters, the evil par excellence. But we must acknowledge that even Russian people give their own contribution. To begin with, they rarely smile. 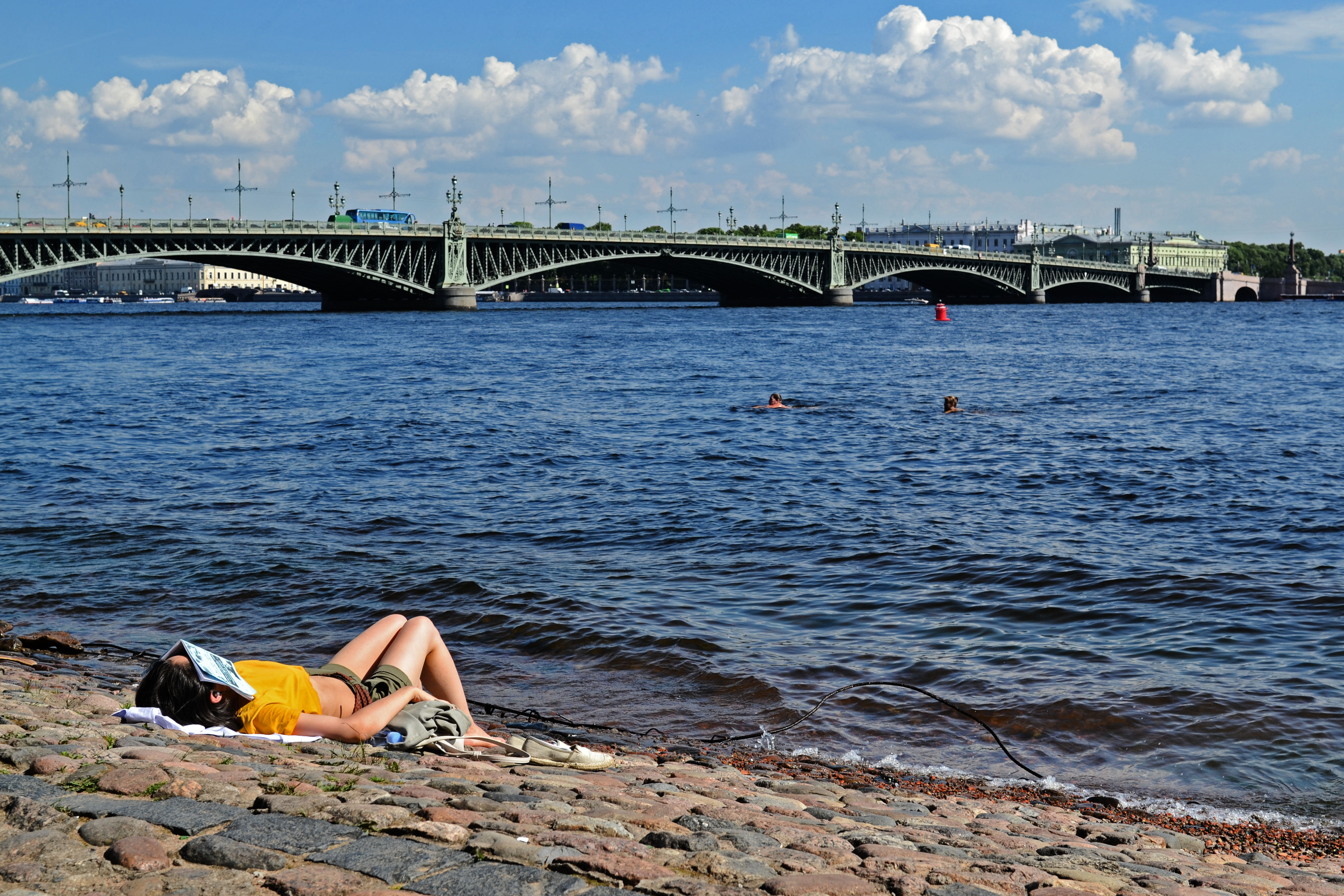 During my long journey from the Baltic Sea to the Pacific Ocean I often reflected upon this complex people in order to understand the mysterious Russian soul. Nikolai Berdyaev, exponent of Christian existentialism died in exile in France where he fled because of his disagreement with the Bolsheviks, gives me a plausible answer. According to the philosopher, Russians are people forged by their land. Prisoners of a boundless and rude country, they are forced to use an immeasurable amount of energy to survive in these inhospitable lands with a ruthlessly continental climate. Berdyaev’s thesis on the Russian people could be summed up in one Chekhovian sentence: “The boundless plain, the harsh climate, the grey people, grim with their cold and painful history […] Russian life crushes the man to the point that not even a patch of moisture remains”. The land, which in historical and sociological terms turned into the entity of the State, oppresses and enslaves the Russians in order to keep up such a huge nation. “Russia is such an overwhelming greatness that takes your breath away” wrote the Polish reporter Ryszard Kapuscinski. Indeed everything is great in this nation; Russia is not a country, but a continent. Going by train from one end to the other, you realise its incredible width: from Moscow to Vladivostok it’s a seven-day trip. The capital itself, in which wide streets you can still feel that sense of the glorious empire, is a sprawling, growing monster that weakens the existence of its citizens. Only a negligible part of Russia is inhabited and habitable, the rest is taiga, desert, permafrost. This incomparability is reflected on the mentality of those Russians who are used to doing great things spending an incredible amount of human energy. 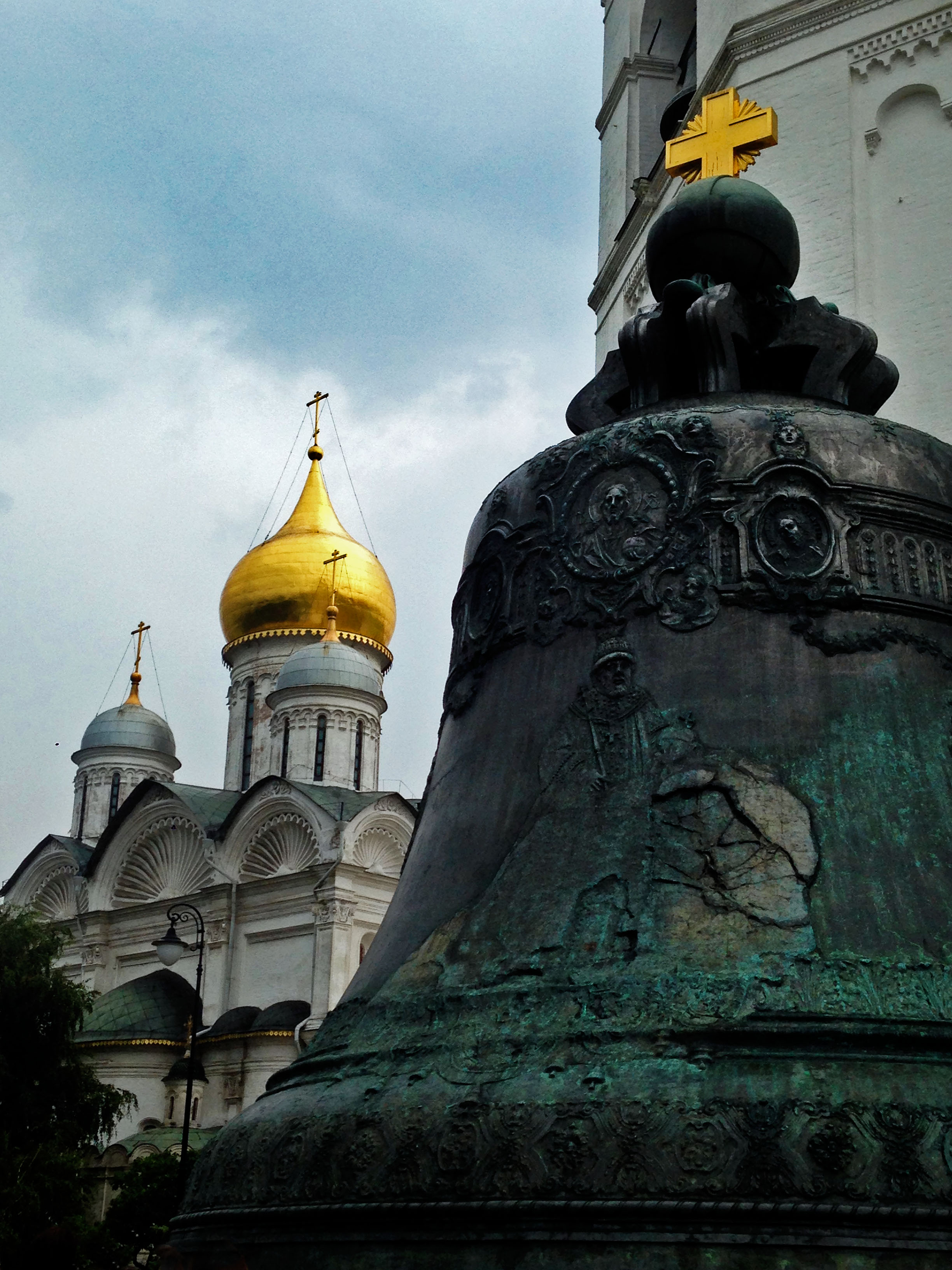 “We, Russians, suffer from delusions of grandeur – a Muscovite friend of mine jokingly said – we make only big, great things. They must be awesome and no matter if they are not functional. The philosophy is ‘avosh proneset‘, which means ‘maybe I’ll be lucky’…maybe it works”.

To experience it you don’t need to travel across the country: you can see two examples of “Russian megalomania” within the Kremlin walls. The mammoth bell of 202 tons (the largest in the world), called the Tsarina of the bells, and the huge Tsar cannon, (diameter 89 cm) were never used because they were too big. They are, indeed, useless.

Then, there is all that immense, just like Russia, literary section represented by the great authors whose writings are imbued with the Russian soul. In the existential depth of Dostoevsky, Chekhov, Pushkin, Tolstoy, although under different sensitivity, the soul of this great nation beats; a soul that is plumbed, turned over, exposed and tested. It is often the soul of the anti-heroes: the protagonists of Russian novels are not so beautiful and positive as those of Western literature, (we grew up with the cultural teachings of ancient Greece), but decadent, losers and pessimists. immersing himself in a poem or a Russian novel is probably the best way to explore the spirit of this country. Virginia Woolf, writer and literary critic, said that the real protagonist of the great Russian literature is the soul of its characters.

I find another food for thought during an evening spent chatting and sipping green tea at the home of my friend Maria. “We are a post-traumatic syndrome society” she says. “We are generous people, but during the years of the regime we were forced to go against our nature. People didn’t help others if they were the State enemies: if you helped them, and you were their accomplice, thus you had to share their own cruel fate”. The repression, the propaganda, the queues for bread, the fear that speaking too much could send you directly to gulags, and the unexpected collapse of the Soviet Empire; the Russians had to endure all of those things. Those events ended up to forge and traumatized them.

One of the recent major traumas of Russian people was the Second World War. The Japanese call it “Pacific War” because they fought mostly in South-east Asia, the Russians, who lived it during the Stalinist socialism, renamed it the “Great Patriotic War”. In those years, the high toll of the victims is 27 million people. The Second World War claimed more victims in Russia than anywhere else. “Every family has lost at least one member because of the war”, Maria makes me note while we stop at the foot of the high walls of the Kremlin to observe the perpetual flame burning in honour of the Unknown Soldier, guarded by haughty motionless guards. 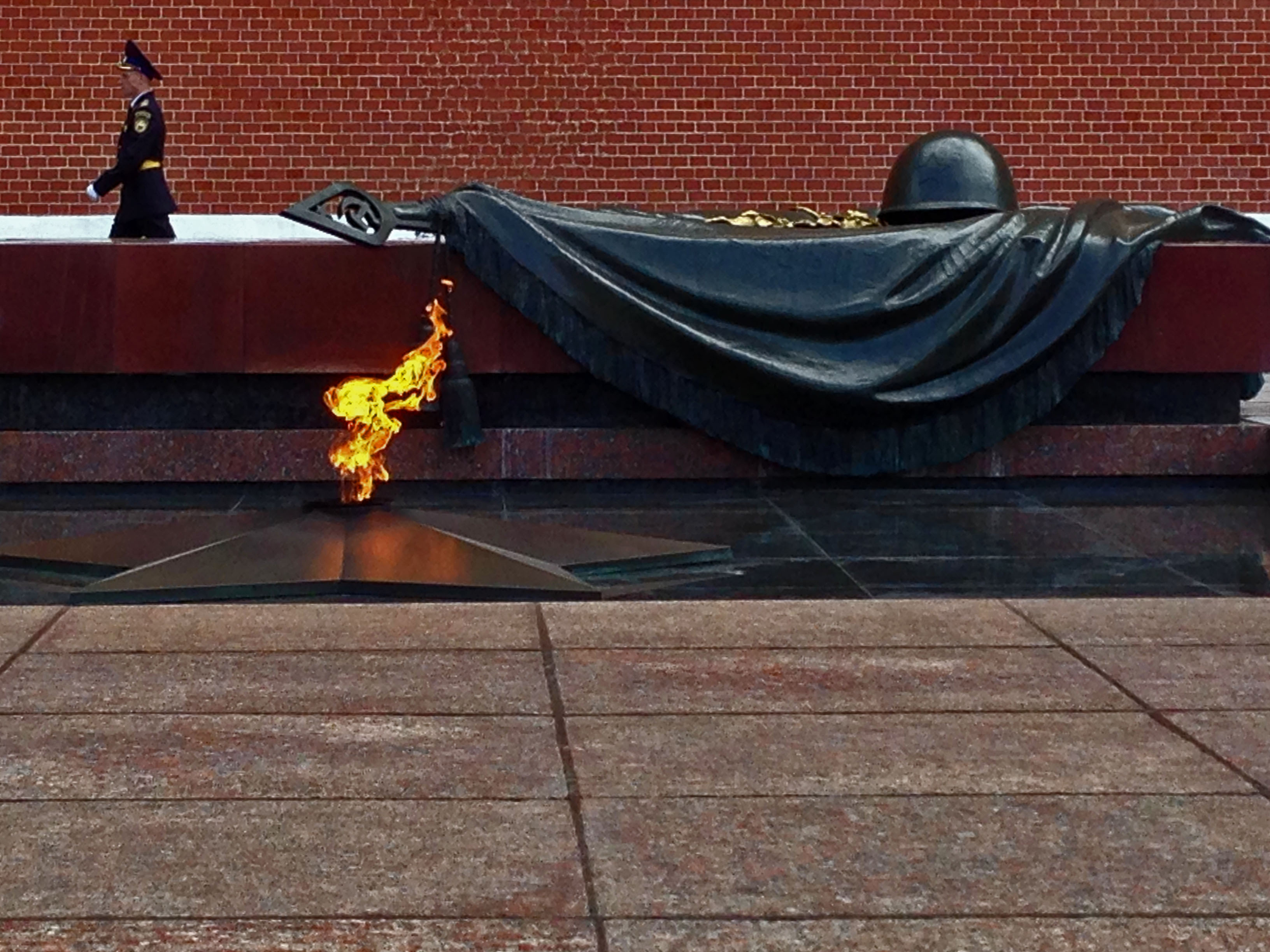 Winning the Great War is perhaps the greatest merit of Stalin’s government; probably one of the reasons for which the Georgian moustachioed has been, over the years, the protagonist of a revaluation process. The Russians, having Hitler’s troops on their soil, appealed to the old scorched-earth policy. “Do not change a winning team” Stalin must have thought when he ordered to feed the fire with all that could not be taken away. The losers were not only the German soldiers, but also the Russian population which had to suffer from hunger, as the few available resources were allocated to the undernourished Red Army. “Everything for the front, everything for the victory” were the watchwords.

It seems that the gulag, the mercurial Stalinist persecution, the losses of World War II give reason to what the Russian essayist Mikhaylovsky defines “The inexhaustible aspiration of the Russians to suffering”. 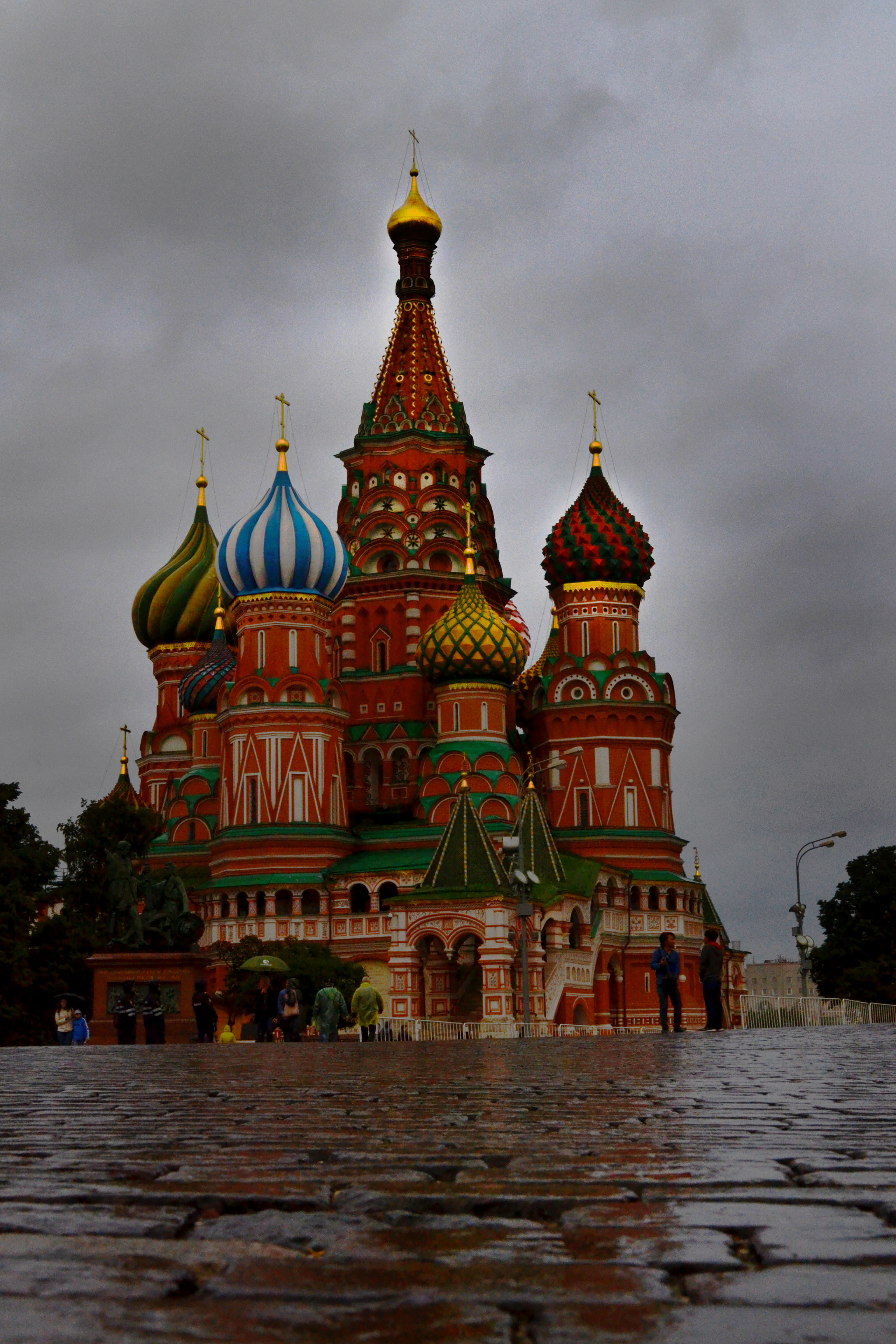 However they are actually joyous people with a bitter sense of humour, but always ready to party at any occasion. All features that make this extraordinary romantic population, extremely complex and interesting.

“When people ask me what I look for in Russia I reply: ‘I’m going there to find the great Russian soul’” says Anton, an Estonian guy, Armenian from his mother’s side, who now lives in Helsinki. Anton is 31 years old, he spent his childhood in Soviet Tallinn, is fluent in Russian and is considering the possibility to move to Western Siberia.

“You were just a baby when the USSR collapsed. How can you call yourself a nostalgic of the Soviet Union?” I ask him when he confides me that he was happier under the regime.

“The best memories I have belong to those years” he replies.

I make him note that the Russians don’t long for the USSR. They hate and deny those years of sobriety and rigour. “However, Estonia was different: we were the ‘Switzerland’ of the Soviet Union. It wasn’t so bad as many Estonians used to complain”.

Beyond the points of view, it would seem that Anton is not the only one to regret the USSR. The Uzbeks, Kazakhs, Armenians and Kyrgyz that I met on the train say they are all sad for not being in the federation any more. Many of them come to Russia to look for work as labourers since in their native countries the unemployment rate is sky rocketing. For some of them, Russia has remained the centre of the great Empire. Of all the citizens of the former Soviet republics with whom I talked during my trip, the only ones that I heard with displeasure of the USSR were the Lithuanians, who still feel deep hatred towards Russia. In Vilnius, the Soviet years are remembered in the Genocide Museum. 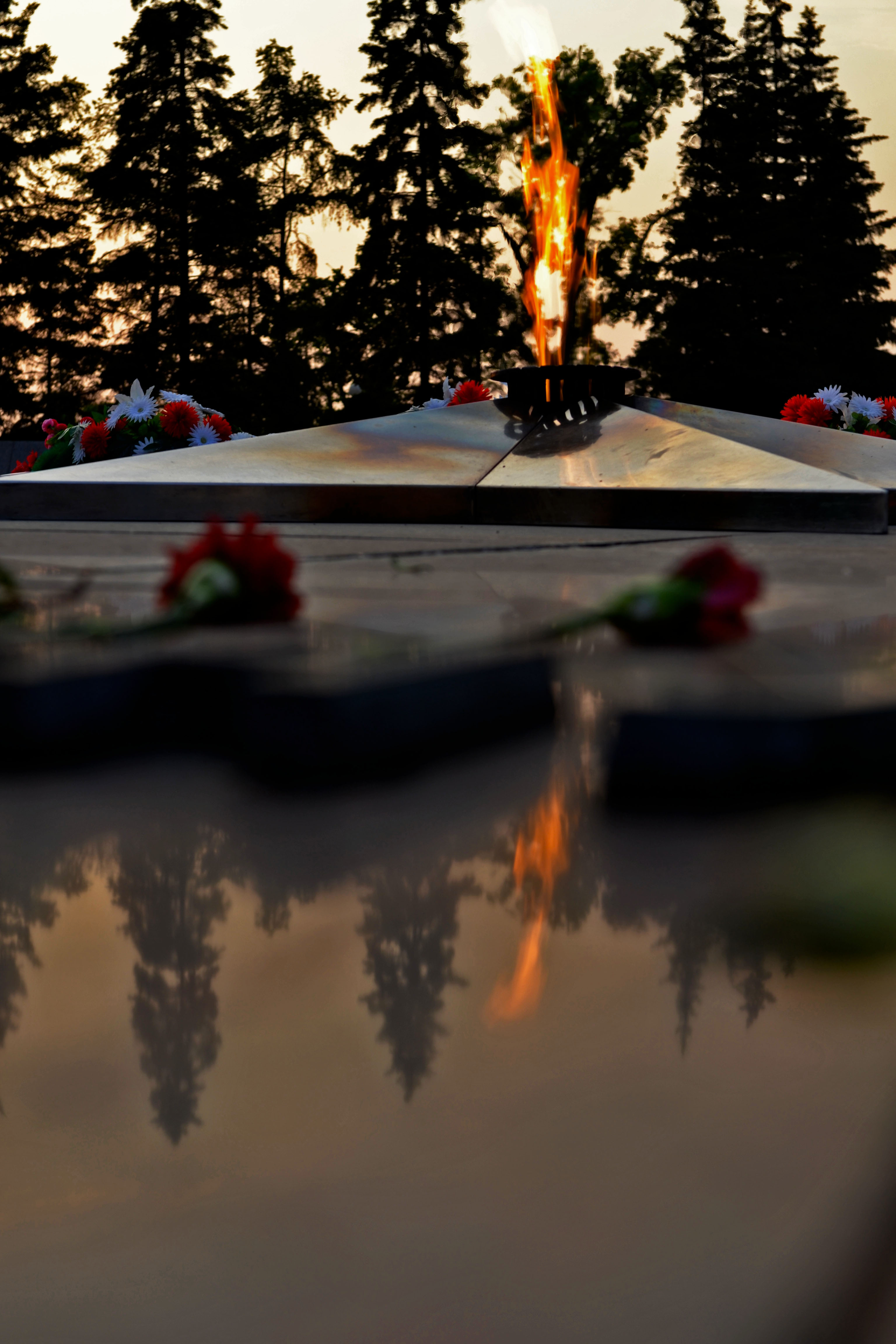 Therefore, no half measures, which the Lithuanians interpret the period of the Soviet occupation: no “occupation”, but “genocide”. The relationship between Lithuania and Russia was particularly contentious at the time, so that the Bolsheviks imposed Russian as the only language. The Lithuanians, in response, put up a clandestine network of texts written in Lithuanian that book traffickers were going to print abroad risking, if discovered, the feared deportation to gulags.

On one thing do I agree with Anton. The most fascinating and intense part of Russia, is not the landscapes, although they’re harsh and poetic, nor the art, even if it’s beautiful and elegant, but its people. The Russians, if you have the patience to go beyond appearances, are the great treasure of this vast land.

It’s time to leave the capital city and go eastwards, towards Irkutsk, the most influential city of Eastern Siberia. The arrival is after 5185 km, which translated into time, represents and means 86 hours, which translated into days are three and a half. My ticket to Siberia is called platzkart, wagon 3, seat number 11. It basically means that I’m going to travel in third class. As soon as I set foot in the house of my next four days, I understand why all Russians to whom I said that I was going to travel like that told me I was mad. No showers, no compartments: just a single large hall-dormitory with bunk beds on the sides. We are all together (about fifty people) through thick and thin. My travel mates are a hypochondriac lady, who cleans thoroughly with handkerchiefs soaked with disinfectant before touching anything, and a bored-looking man. The train leaves and, as if they were synchronized, everybody starts pulling out all kinds groceries. The journey has just started: for Russian people it’s time to eat.

The lady, who has canary-blond hair and pink lips in pendant with her nail polish, prepares with meticulous care her table corner. She pulls out pickled cucumbers, kolbasa and boiled eggs and she covers with a disproportionate amount of mayonnaise squeezing it from a tube. The man’s lunch consists of some kind of chicken dish that he begins to devour making a strange noise; he depletes the bones sucking noisily and lays them carelessly on a handkerchief, with great disappointment of the hypochondriac who looks at him askance. 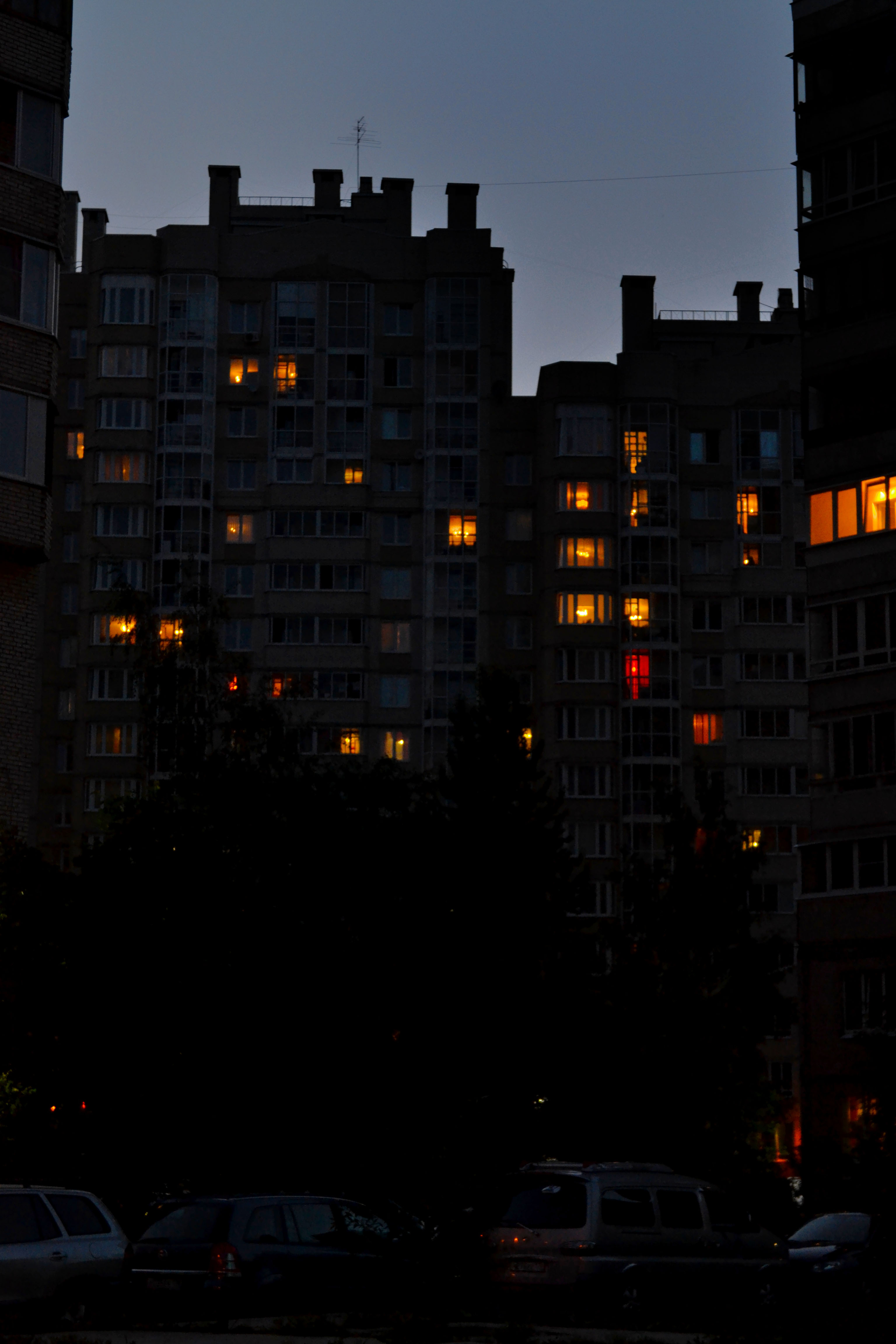